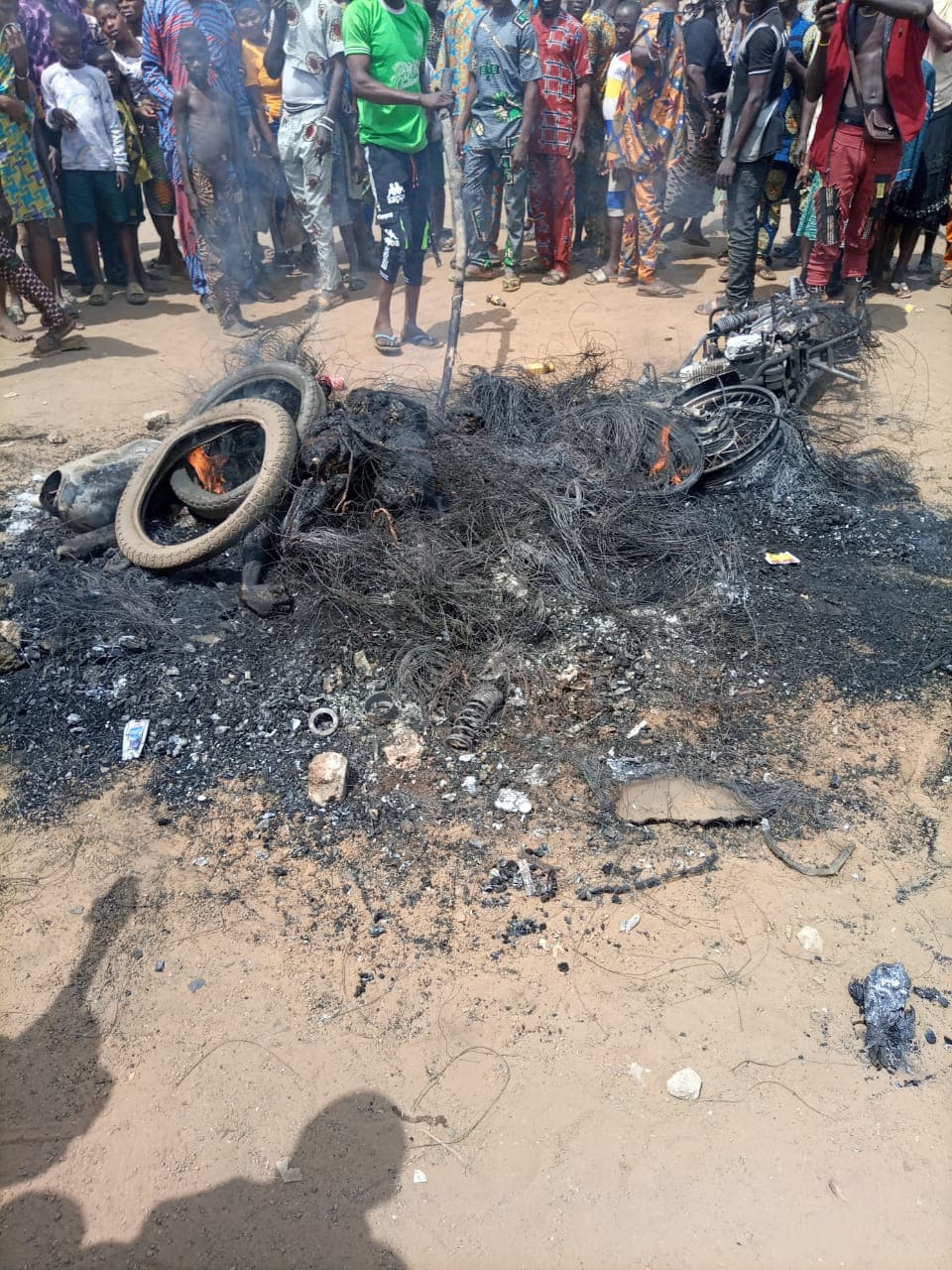 Two suspected ritual killers caught with a human skull have been set ablaze in front of a police station at Oja Odan, Yewa North,  Ogun.

This would make the second arrest on Saturday, following the National Daily report earlier o a couple that stashed human parts in their room

The second set of suspects, Idowu Afolabi and Johnson Adebiyi, were arrested earlier on Saturday, and detained at the Oja Odan police station.

But the youth in the area believed the punishment must be immediate.

According to reports, the youth then mobilized, invaded the station, and dragged out the two suspects whom they set ablaze in front of the station.

The State Police Public Relations Officer, Abimbola Oyeyemi said he would issue a statement about the incident later.

Share this on WhatsApp
Related Topics:OgunPoliceRitualritual killers
Up Next

Meet the only tribe in the world that walk like dog