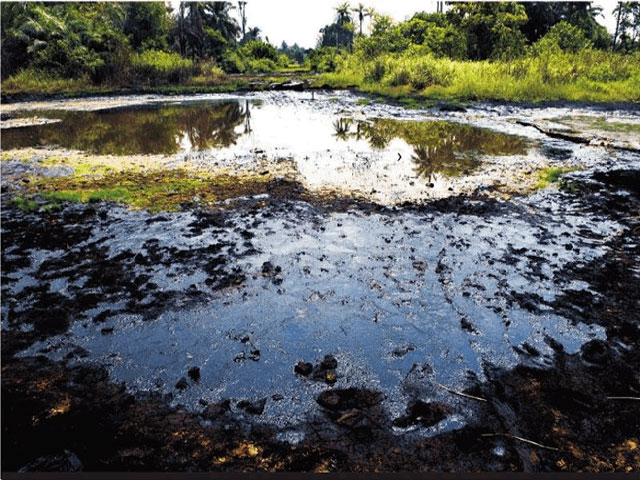 The Petroleum Industry Bill (PIB) 2020 currently at the floor of the National Assembly is proposing that a trust fund, called the ‘Host Community Development Trust Fund’, be set up, where the oil and gas companies also referred to as ‘Settlors’ operating in the area, would contribute annually, an amount equal to 2.5 per cent of their total Operating Expenditure (OpEx) in the preceding year as development trust for host communities affected by the companies’ exploration and production operations.

Meanwhile, the oil and gas producing Host Communities of Nigeria (Hostcom) is demanding that a fair figure of 10 percent be allowed in order to compensate for the negative fallouts of exploration and production activities in their locales.

And the governors of the South-South states in support of their people have also described the 2.5 percent proposal as inadequate and have asked for an upward review of the provision for the Host Community Trust Fund in the PIB to 10 percent in the best interest of oil-producing communities and the country.

On its part, the Federal Government at the public hearing on the Bill by the Senate Joint Committee on Petroleum (Upstream, Downstream and Gas), insisted that the 2.5 percent of oil companies Operating Cost (OpEx) allocated  to the oil producing communities trust fund was a fair deal.

According to the Minister of State for Petroleum Resources, Timipre Sylva, the proposed 2.5 percent provision in the PIB is reasonable.

Now to me, there is no disagreement among the stakeholders especially on the position of the oil producing host communities and the Minister of State for Petroleum Resources on this issue. What has emerged rather from all the arguments is that there seems to be a deliberate and mischievous intention to confused and muddle up issues as it affects the funding of the Trust and this will end up in detriment to the fortunes of the oil producing host communities.

The question to ask is whether the new PIB at the floor of the National Assembly is making a very fair proposal – fair to the host communities, fair to the country and fair to the oil companies?

What needs to be unambiguously addressed is what really the host communities’ stakeholders including the South South State government are asking for. Is it percentage as equity holding on declared annual profit of operating companies or percentage of the companies’ total annual operational expenditure?

The South South governors and their people must be clear on whether what they are calling for is 10  percent equity of declared annual profit of the operating oil companies or 10 percent of their total annual Operational Expenditure (OpEx) as the two concepts mean completely two different things in terms of figures that would accrue to the Trust fund.

Recall that 10 per cent equity holding in the operating companies was approved in the executive bill that was signed by late President Umaru Yar’Adua in 2009.

However, in the subsequent versions, it was reduced to 5 percent still of equity holdings. This time around in the 2020 version of the same Bill, it has further been marked down to 2.5 percent and clearly stated that it should apply to the total operational expenditures rather than the previously stipulated percentage in equity holdings.

These issues needs to be clearly explained and understood if not, the operating oil companies will hide under the confusion to subvert whatever was supposed to come into the Trust Fund for the communities’ development.

Before now, you had a provision of 10 percent of profit and profit means that if the operating oil companies don’t declare it, you don’t have anything going to the host community funds and you can trust the oil companies to work with dubious people in government and the NNPC to manoeuvre this either by under-declaring profit or outrightly coming out to say no profit was recorded in the year under review. And for sure, these companies would always cook up more than enough reasons to explain themselves away as it customary with their dubious dealings with the people of the oil producing areas.

Another issue to be taken up seriously is the fate of the existing federal government development intervention agency, the Niger Delta Development Commission (NDDC). Is the agency still going to exist and funded by the federal government as currently obtains? Let it not be that when the oil host communities’ trust fund comes into existence, the government and the operating oil companies will expect the NDDC to be funded from the proposed host communities Trust. Everything must be streamlined and agreed now before the National Assembly goes on to pass the PIB into law because then it will be too late to dialogue on anything as concerns the legislation.

To me the more serious issue that our people in the oil communities, civil society groups and governments of the South South states should seriously contend is that the 2020 version of the Petroleum Industry Bill is seeking to give enormous powers to oil and gas companies operating in the country in the setting up of the proposed host communities development Trust.

It is curious that the members of Oil Producers Trade Section (OPTS) which represents the interest of 30 upstream companies in Nigeria including Chevron, Agip (Eni), ExxonMobil, Shell and Total should be given absolute power to set up the criteria to appoint the entire membership of the management/supervisory team of the Trust Fund and even allowed to solely chose whoever will work there in whatever capacity.

How can the operating oil firms that are parties in the dispute that the new Bill sets out to resolve be the ones to unilaterally decide who from the community side of the stake is qualified to serve and/or work in the Trust Foundation as persons of integrity? It doesn’t make sense at all.

The right thing should be to involve the state governments, representatives from Hostcom and even some civil society groups in the selection and composition of the board and staff of the Trust Fund.

As further stated in the Bill, the oil companies shall determine the selection process, procedure for meeting, financial regulations and administrative procedures of the Board of Trustees; the remuneration, discipline, qualification, disqualification, suspension and removal of members of the Board; and other matters other than those relating to the operation and activities of the Board.

“The settlor shall, in the determination of membership of the Board of Trustees, include persons of high integrity and professional standing, who may not necessarily come from any of the host communities,” the bill said.

Does it make sense that a party in the dispute should be given such enormous powers to determine “persons of integrity” that will manage the welfare of the other person in the same dispute? This is awkward walahi!

Another key source of contention in the 2020 version of the PIB, at least from the point of view of host communities, should be the fact that it places the responsibility for the protection of pipeline and other oil infrastructures with the communities.

Placing the protection of oil installations on some unarmed host communities people is unrealistic as “previous researches conducted by Social Action reveals that oil theft which is the major reason for puncturing oil pipelines is carried out mainly by armed cartels who are most times not even members of the community.

To the South South people, they must shout now because this 2020 PIB seem to be deliberately designed to promote more confusion and renewed spate of crisis in the oil producing areas and further expose the people to more misery and untold hardship. If they don’t aggressively protest now, then silence may be taken to mean acceptance.God bless Nigeria!