AS a result of the downturn in the price of crude which has fallen to a record of below $50 per barrel in recent times, investment among multinationals in the sector’s Production and Exploration has become less attractive.
Already, Multinationals have started reducing the volume of their capital expenditures; some divested their marginal fields while others canceled the development of new wells and also cut down staff strength.
According to Eric Richards, an American based investment analyst, investing in new wells is only profitable when oil is trading at a minimum price of $80 per barrel. “Cut in capital expenditure could be even higher among small cap stocks where some companies have already announced 50 percent reductions in spending.”
Richards, who doubles as the vice president of Alger, an investment company, emphasised that the decrease in capital expenditures globally will be particularly hard on oilfield service companies. This, he attributed to the fact that those companies are hired by exploration and production companies to provide services that are needed to identify oil resources and develop new wells.
Similarly, DiranFawibe, an analyst, pointed out that companies are no longer getting jobs to do due to the slump in oil price. “This is a logical process because service companies work for oil majors on their specific projects, if the projects are not there, the service companies will not have anything to do. This is why many of them are laying off personnel because the companies no longer need their services.”
In order to reduce cost, he hinted, service companies could not keep large number of people on their wage bill and employment list, thus they lay-off their workers and engineers due to lack of income to sustain them.
“Also, by sending such manpower away, human capacity of those companies to deliver on their jobs would be lost and there is no continuity in technology transfer among the personnel. Because by the time, job comes back, the company must have lost skills and it will be difficult to start all over again, and it is not good for the development of the service companies,” he explained.
Industry close watchers believe that the volume of business recorded in Nigerian seaport has also witnessed a sharp decline since the past one year, given the current economic situation in the world. This is also having great impact on the volume of businesses recorded in oil and gas ports in Nigeria as the reduced capital spending of oil majors, has also reduced the number of vessels bringing oil and gas related cargoes into the port.
To Fawibe, fallen oil prices have overall effect on the economy because reduced activities bring down volume of businesses especially the volume of imports that berths in the port. “Though, the Nigerian Content law stipulates that companies should look inwards and make use of locally produced goods and materials. However, there would be reduction in traffic of vessels brining in oil and gas related cargoes in the nation’s seaports due to combined government policies and the effect of global low crude oil prices.”
The downturn, according to experts is due to a surplus in supply occasioned by increased production in countries like Libya, Angola, and the United States of America, Russia etc. The resulting weaker demand and higher supply, which turned world crude, demand deficit of 100,000 barrels per day into a surplus of 1 million barrels per day, a significant percent increase in the global oil market.
According to the International Energy Agency (IEA) the surplus in oil supply experienced globally since late last year till date, will grow to 1.4 million barrels per day and, if Iran reaches a nuclear agreement with Russia, China, France, Germany, the United Kingdom, and the US, the Persian country could immediately add up to 500,000 barrels per day of oil to an already oversupplied oil market. 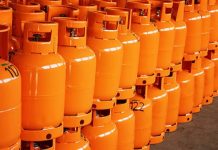 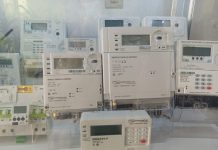 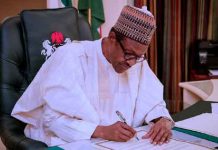