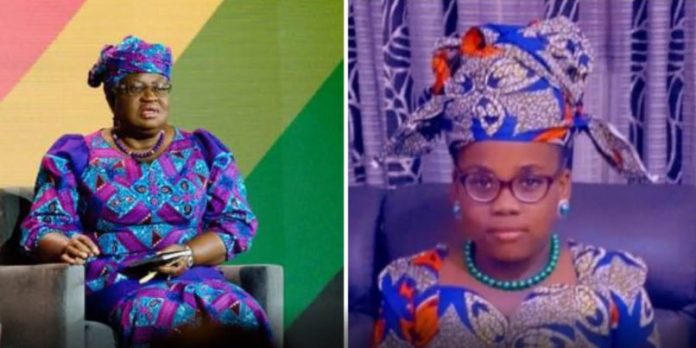 Fame seems to have shone on a young girl as former Nigerian Finance Minister and current Director-General of the World Trade Organization (WTO), Dr Ngozi Okonjo-Iweala, has reacted to the photos of a young girl who rocked her signature outfit.

In the photos which have gone viral on social media, the yet to be identified girl rocked Okonjo’s signature traditional outfit as she posed for the camera in an adorable photo.

Like many Nigerians who have reacted to the photos, the Director-General stressed that the young girl indeed look like a resemblance to her younger self as she said she would like to know her name.

Sharing the photo via her Twitter handle, Dr Okonjo-Iweala wrote;

”This is the cutest young girl I’ve seen in her lookalike Nigerian outfit! I almost thought it was my younger self. I would like to know her name!”