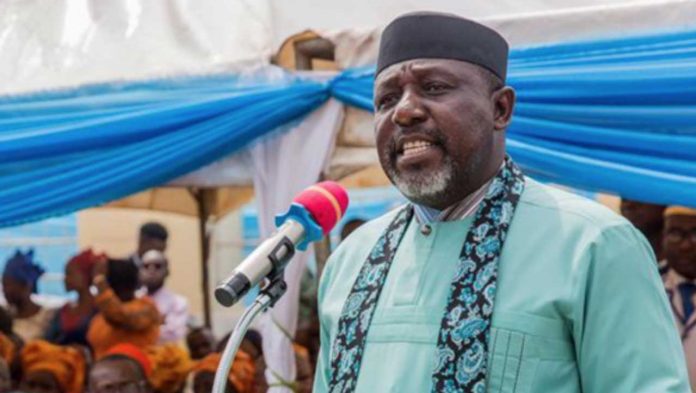 Okorocha was excluded when other elected senators were inaugurated on Tuesday because the Independent National Electoral Commission (INEC) had not issued him a certificate of return.

Later Tuesday, INEC issued Okorocha his certificate of return to the Senate to represent the Imo West Senatorial District at the National Assembly.

“I take it to be God’s time. I believe that justice delayed is justice denied, but all the same for the sake of our nation, I accepted it,” Okorocha told journalists in Abuja.

He commended the judiciary for doing the needful and for being there at the needed time as well as serve as the last resort for the common citizens or anybody that felt oppressed.

Prior to the issuance of his certificate of return, INEC refused to acknowledge Okorocha’s victory in February because the returning officer was made to announce the result under duress.

But Justice Okon Abang of the Federal High Court ruled that INEC has no reason not to issue Okorocha certificate of return.

However, INEC national commissioner and head of voter education Festus Okoye reminded the court that while it ruled that Okorocha’s certificate of return be issued to him, the hearing of the case is still on and adjourned till June 26 at the state high court.

Okoye said, “the Commission… is worried that if electoral impunity is allowed to flourish, any individual can harass, intimidate and put the Commission’s officers under duress, procure a favourable declaration and be rewarded with a Certificate of Return.”

“I believe the INEC chairman is up to a game with the chairman of the APC, who is being used to frustrate my coming to the Senate, and this is politically motivated.”