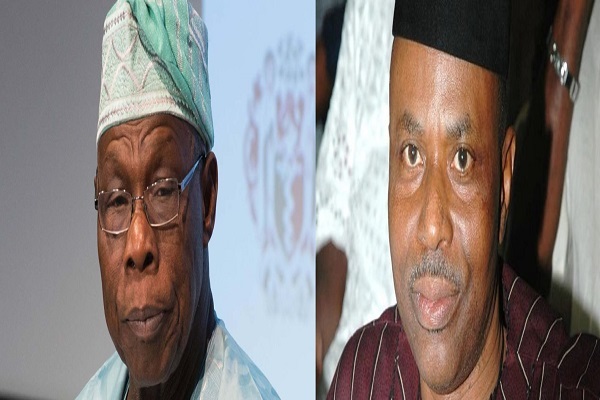 The build up to the October 10 governorship election in Ondo State is getting to high altitude as the date draws closer. Leaders of the Peoples Democratic Party (PDP) are continuously updating their political calculus on the power configuration in the state. Former President Olusegun Obasanjo has moved in to reinforce the PDP in Ondo State for the governorship election. Dr. Obasanjo, accordingly, held a meeting with former Governor of Ondo State and founder of the Zenith Labour Party (ZLP), Dr. Olusegun Mimiko, in Abeokuta, Ogun State, on Tuesday.

The PDP needed the intervention to improve the chances of the party’s candidate winning the governorship election. Mimiko, National Leader of the Zenith Labour Party (ZLP), has a strong candidate for the election, Ajayi Agboola. The former Ondo Governor is from Ondo central, the same geopolitical zone with Jegede, the PDP candidate. Invariably, Mimiko’s role in the governorship election is very critical to all candidates. Sharing the votes or delivery a proportion of the votes in Ondo Central to the ZLP candidate, Ajayi Agboola, could swing the pendulum of victory to the ZLP and its candidate. This will clearly weaken the PDP and its candidate, while Governor Rotimi Akeredolu of the All Progressives Congress (APC), may dominate the votes in Ondo north which he represents.

Deputy Governor Ajayi Agboola has shown to be a force to reckon with in Ondo politics since his defection from the APC first, to the PDP, then, the ZLP. Some PDP stakeholders have been advocating that the PDP needs Agboola if they must defeat Akeredolu. There were insinuations of PDP/ZLP alliance for the October 10 governorship election in Ondo.

Meanwhile, it was not clear what the overtures Dr. Obasanjo was making to Mimiko was based on. Two options appear to play out in the negotiation. One may be for Mimiko to dump Agboola and align with the PDP; the other may be for Mimiko to persuade Agboola to ‘step down’, align with Jegede and the PDP, and wait for another opportunity.

The ZLP candidate, Agboola, had on Monday traveled to Abuja for undisclosed reason.

The horse trading is still under seal and National Daily is monitoring the processes and will bring on further developments in subsequent reports.