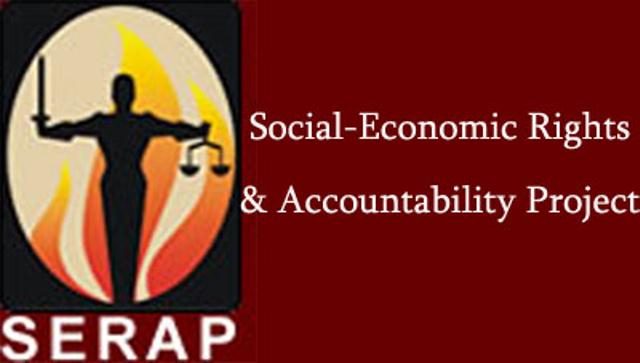 Socio-Economic Rights and Accountability Project (SERAP) has sent a Freedom of Information request to Dr. Muhammed Isah, Chairman, Code of Conduct Bureau (CCB), urging him to use his “good offices and leadership position to urgently provide information on specific details of asset declarations submitted to the CCB by successive presidents and state governors since the return of democracy in 1999.”

In the FOI request dated 18 April 2019,  by SERAP deputy director, Kolawole Oluwadare, the organization said: “While we welcome the judgment by the Code of Conduct Tribunal on Justice Walter Onnoghen, we now urge the CCB to extent its mandates to enforce constitutional provisions on asset declarations by public officers to cover elected officers and to vigorously pursue the prosecution of any such officers who use their powers either as presidents or state governors over public funds to enrich themselves.”

According to the organization, “While judicial corruption is bad, the level of corruption involving many politicians since 1999 and the entrenched culture of impunity of perpetrators is equally appalling. Publishing the asset declarations of elected public officers since the return of democracy in 1999 to date would improve public trust in the ability of the Bureau to effectively discharge its mandates. This would in turn put pressure on public officers like presidents and state governors to make voluntary public declaration of their assets.”

The FOI request read in part: “SERAP is concerned that many politicians hide behind the fact that members of the public do not have access to their asset declarations to make false declarations, and to cover up assets illegally acquired in corruption or abuse of office. The CCB can use the opportunity presented by the Onnoghen judgment to increase the accountability of politicians through the asset declaration provisions if it is not to be accused of witch-hunting the judiciary.”

“The grim condition of many of our citizens since 1999 has been worsened by the deterioration of public services whereby access to clean water and affordable health-care has become a pipe dream and the supply of electricity became epileptic and irregular due to years of grand corruption by many politicians at the highest level of government.”

“We would be grateful if the requested information is provided to us within 14 days of the receipt and/or publication of this letter. If we have not heard from you by then, the Registered Trustees of SERAP shall take all appropriate legal action under the Freedom of Information Act to compel you to comply with our request.”

“The persistent refusal by successive presidents and state governors to make public their asset declarations is entirely inconsistent with the letter and spirit of the 1999 Constitution, and has been particularly harmful to the country and its people, especially given the widespread evidence of grand corruption among politicians holding public offices in Nigeria.”

“The Nigerian Constitution of 1999 (as amended) seeks to prevent corruption and abuse of office through its provisions on the declaration of assets not just by judicial officers but by all public officers including elected officers like presidents and governors.”

“Nigerians can longer accept the excuse by high-ranking government officers that declaring their assets before the CCB is enough, as such pretext is not supported by the oaths of office by elected public officers. The failure by successive presidents and state governors to voluntarily make public their asset declarations would seem to suggest that they have something to hide.”

“Given that many public officers being tried for or convicted of corruption are found to have made a false declaration of their assets, the CCB should no longer allow politicians to undermine the sanctity and integrity of the asset declaration provisions of the Constitution by allowing them to continue to exploit legal gaps for illicit enrichment.”

“Asset declaration forms are public documents within the meaning of section 109 of the Evidence Act, and therefore, Nigerians are entitled to have access to such information. SERAP urges the CCB to vigorously push for change in law to provide penal sanctions for politicians that fail to make public their asset declarations.”

“By Section 1 (1) of the Freedom of Information (FOI) Act 2011, SERAP is entitled as of right to request for or gain access to information, including information on the asset declarations by elected public officers since the return of democracy in 1999.”

“SERAP notes that provisions on the declaration of assets by all public officers in Nigeria are entrenched in the Code of Conduct for Public Officers, contained in Part I of the Fifth Schedule to the 1999 Nigerian Constitution. The primary objective is to prevent corruption and abuse of office and to ensure transparency in public officers.”

SERAP therefore urged the CCB to: