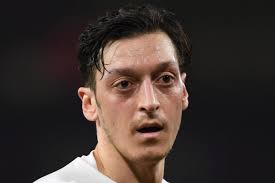 MESUT OZIL has revealed how close he came to quitting football – to play table tennis.
Arsenal star Ozil has enjoyed a glittering playing career topped off by winning the World Cup in 2014.
But the Gunners playmaker was almost lost to the game when he gave up football for three months as a youngster because he liked playing ping pong more.
Ozil, 30, said: “I was also good at table tennis – I played in school and when I was 11 or 12.
“I stopped playing football for three months because I wanted to play table tennis instead.
“I was in the school team for table tennis, and I beat all the players in my first competition.
“Then I had to play against the coach, he was really good so he beat me. But I really enjoyed it.
“After three months, though, I thought this is not what I want to do for my future. I missed playing football too much basically.”
Speaking in the Arsenal programme, Ozil added: “I wouldn’t say I fell out of love with football, it’s just that at that time I was having more fun with table tennis.
“During those three months though, I realised I wanted to go back to football.”