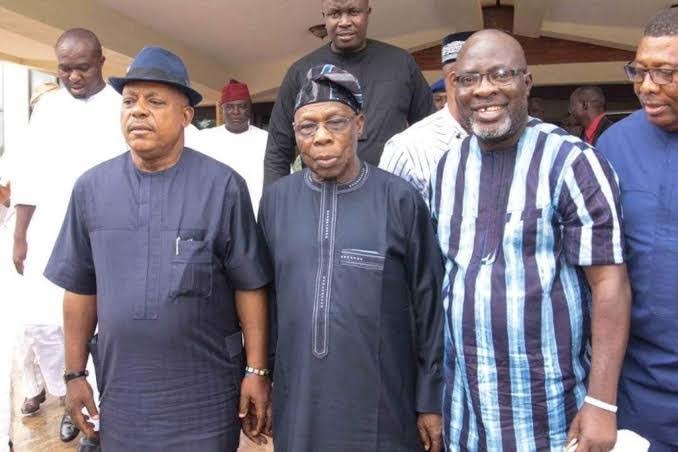 The National Chairman of the peoples Democratic Party (PDP), Prince Uche Secondus, has run to former President Olusegun Obasanjo, for intervention in the lingering crisis in the PDP, as well as save him from forces demanding his resignation as PDP national chairman. The PDP national chairman, accordingly, visited Dr. Obasanjo at the former president’s Hilltop residence in Abeokuta, Ogun State, to seek for help on the party’s conflicts.

Former President Obasanjo, however, did not give details of the meeting in Abeokuta but expressed perturbation over the crises in the country and noticeable threats to national unity. The former president, therefore, advocated that political actor giving priority to the 2023 general elections should rather be committed to present unity of Nigeria and beyond 2023.

Former President Obasanjo decried that the country is not where it is supposed to be, expressing displeasure over the retrogression of Nigeria under the current government.

Dr. Obasanjo noted that though the situation of Nigeria is very bad, expressing optimism that it is not irredeemable.

Former President Obasanjo, however, disclosed that the PDP national chairman, Secondus, did not visit him because of partisan politics, but because of concerns for the deplorable situation of the country. He emphasized that Nigeria must have unity before elections.