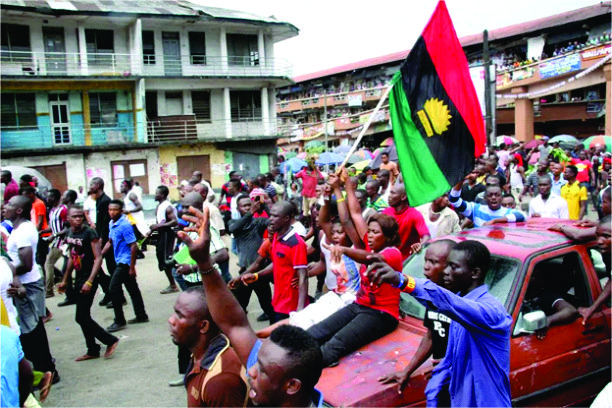 The South East socio-cultural body, Ohaneze Ndigbo, currently on peace mission to the North, says agitations for self-government is the handiwork of the enemies of Nigeria.

Insisting that Nigerians should learn to live with one another, the group, said that the enemies were envious of the potentials of the country.

The National leader of the body, Mr. John Nwodo, said in Gombe on Friday that Nigerians must learn to live in peace, irrespective of ethnic, religious or regional differences .

Nwodo had led Igbo leaders from the 19 Northern states including Abuja, on a courtesy call on Gov. Ibrahim Hassan Dankwambo of Gombe State.

He said that anybody who witnessed the civil war in the country would not want to see a recurrence of the unfortunate incident.

According to him, Ohaeneze conceived the idea to reach out to Northerners even before the decision of the 19 Northern governors to visit the South East.

“They visited us and that we are now here shows we are on the same bed and dreaming the same dream,” he said.

He assured non-Igbos resident in the South East of adequate protection, conveying the message of governors in the region to guarantee the safety of all non-Igbos.

While stressing that “enough is enough”, he called on patriotic Nigerians not to take the laws into their hands.

He appealed to Dankwambo to communicate the message of peace from Ohaeneze to the people of the state and the entire North- East.

In his response, Dankwambo assured them that Gombe State was home to all, and stressed that adequate measures had been taken to ensure the safety of lives and property.