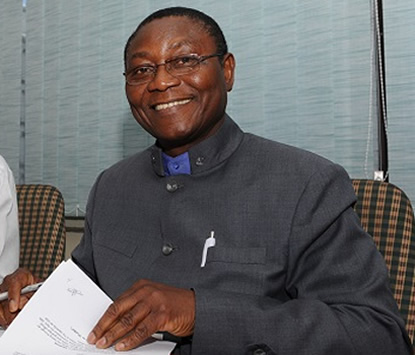 Share this on WhatsApp
Spread the love
By Kingsley Chukwuka, Jos
The Vice Chancellor of Plateau State University Bakkos, Professor Danjuma Decent Sheni has decried the invasion of herdsmen on campus, saying the lives of students could be endangered if he allow the practice to go on.
The Vice Chancellor stated this yesterday in Bokkos, Plateau State, while briefing Journalists on the ‘mile stone’ achieved so far by his administration.
Sheni said, “the University Campus is not where to graze cattle, that is why we chase the cattle boys away whenever we see them: the Fulani boys run away when we chase them and some of them are arrested and handed over to the police: we don’t want the herdsmen to hurt any student in the name of grazing.
“We have reported the invasion to security operatives and have apprehended some of them and handed them over to the Police: it is risky to allow herdsmen graze on campus because it poses a lot of security breach and we don’t want the herders to hurt any student on campus.
“Most often when we see them grazing in the premises, the run away sighting the University security operatives”, he said.
However, the VC commended TETFUND and the Plateau State government for executing meaningful projects in the University, which led to the completion of 22 bed Female Hostels, Faculty of Management Science, two large Auditorium and others.
Established in 2005, the staff strength of the institution has grown from 93 to 413, with most of the lecturers sent abroad to obtain their PHD, said the VC, adding that the ‘ivory tower’ is ready for accreditation of additional fifteen programmes.
“Parents and students have developed confidence in the Institution, such that we are now admitting about 1,500 students”, the Vice Chancellor said.
Share this on WhatsApp
Related Topics:Fulani herdsmenPlateau State UniversityProfessor Danjuma Decent Sheni
Up Next

Group pushes for state of emergency in Benue, others