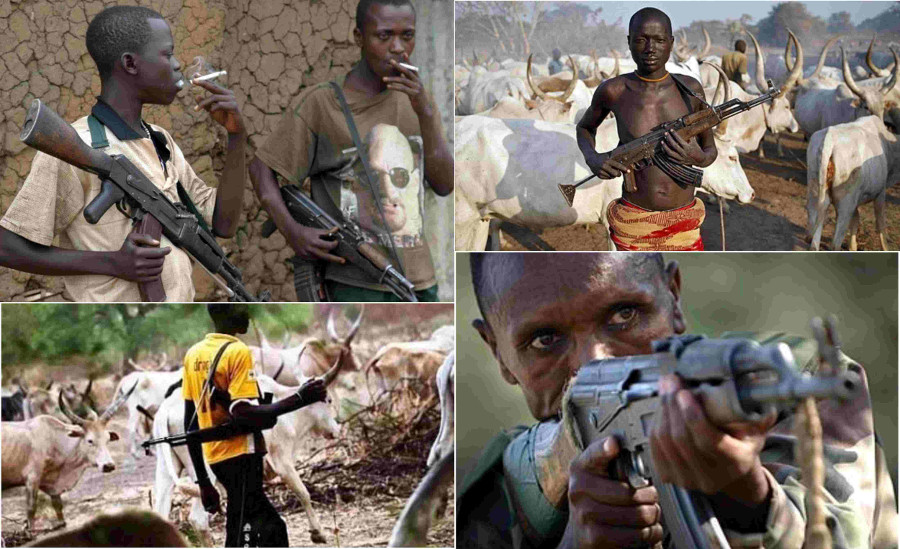 Being “extreme left” or “extreme right” are measurement standards that solely depend on who is doing the definition. To a leftist everything is right and to the rightist, everything is left. That’s where we are today as a nation of people. Everybody is interpreting the constitution to support their evil agenda against corporate Nigeria.

Tragically, across the country marauders commonly referred to as bandits, Fulani herdsmen, Boko Haram terrorists etc. freely move around from one area to the other meting mayhem on innocent citizens of this country for no reasonably genuine reasons whatsoever.

The worst part of it is that those that should speak out against these criminal atrocities either became dumb and/or opt to play dangerous politics with the issue. And this conspiracy of silence by northern leaders produced all kinds of interpretations of the source of the audacity of the armed herdsmen and bandits. Truth be told, when leaders (religious and political) refuse to speak against the glaring evil in their domain, it is either they are part of the problem or they benefit lucratively from it.

Hitherto, Gen. T.Y. Danjuma was the lone voice from the entire northern Nigeria speaking against the ills of the marauding Fulani bandits and of course his reasons are obvious as his people have serially been attacked and messed up by the same herdsmen/bandits.

Now, a first of its kind ever heard, the fiery Islamic Scholar, Sheikh Dr Ahmad Gumi and the Kano State governor, Abdullahi Ganduje have boldly stepped out to proffer solutions to the spate of senseless killings by bandits and herders in the north and elsewhere across the country. This is what Nigerians from other sections expected the northern leaders to have done right at the onset of the security challenge that has literally destroyed the economy of the north whether anybody wants to hear it or not.

As exclusively reported by the Desert Herald Newspaper, Sheikh Dr Gumi has stepped out to pioneer the course of peace between the Fulani herdsmen and other Nigerians, particularly in the Northwest where on daily basis we get reports of bandits wiping out entire villages with impunity.

Sheikh Gumi on Tuesday 19th January convened the first-ever fact-finding peace initiatives with over 500 armed Fulanis and about 25 of their top commanders somewhere in the bush in Kaduna state.

The mission of the Sheikh is to “educate, support and pacify aggrieved Fulani herdsmen that turns into kidnapping and armed banditry.” Just to hear them out on a first hand basis. If this is not a milestone, how else can anyone describe it? Have we heard of that kind of meeting anywhere in the north since this mayhem started?

Though details of Sheik Gumi’s discussions with the armed Fulani men are not known, interestingly, it was disclosed that they accused government of not being sincere in ending instances of banditry and kidnappings. They said the Fulanis are not the only culprits in the business of kidnappings and banditry as most of the local intelligence they used to gather are being coordinated by their accomplices in the city as it is impossible for them that are predominantly living in the bushes to personally know their targets, locations of houses or to even identify the rich without such internal collaborators. They said government has failed in acknowledging and addressing that reality. But this a story for another time

No doubt, Sheikh Gumi’s carrot approach and confidence-building mission should be encouraged as key to any solution that will enthrone lasting peace and security in the region where kidnappings and banditry has become a daily occurrence.

Also, few days from the Sheikh’s meeting with the armed Fulani herdsmen, Governor Ganduje of Kano state also stepped out to urge the Federal Government to enact a law banning the movement of cattle from the north to other parts of the country in order to resolve the incessant incidences of clashes between farmers and herders and address the spate of banditry, kidnappings and other heinous crimes attributed to the Fulanis some of them herders.

Give it to these two northern leaders, they deserve commendation for this path they are toeing because no matter what happens, this Fulani banditry can only be sincerely addressed by Fulani/Hausa elders as we had with the Niger Delta militants.

True as said by the Kano State governor, if such prohibition of cattle movement for open grazing is enacted, it would nip in the bud the incessant incidences of clashes between farmers and herders as well as resolve the many illicit cases and security issues associated with the nomads including banditry, kidnappings for ransom etc. So it’s a call of common sense.

Ganduje’s idea is brilliant. He is also an expert in agriculture and a stakeholder in animal husbandry. He ought to know the challenges of the sector. He also ought to know what will be the solution.

If the prohibition is enacted, it resolves what we are facing at the moment across the country. Wandering around from state to state, from cities to cities with grazing cattles and causing mayhem is an anachronistic concept that no longer should be allowed in the 21st century. We can do better than that!

Obviously, bad Fulanis have infiltrated the good ones we used to have; they are committing serious havocs creating fear and despondency everywhere in the country even in their natives states in the Northwest. How long can a nation allow this misdemeanour to continue?

If the proposal coming from Sheikh Gumi and Ganduje: two prominent northern leaders will solve the problem of armed banditry and kidnapping, it is a welcome development and need to be supported by all and sundry. More prominent northern leaders especially the honourable Islamic scholars and teachers that have integrity to be honoured and listened to need to speak up against the ills by these armed Fulani bandits. We cannot continue like this and everybody is keeping quite!

It is the height of insensitivity and outright callousness for any lawmaker to say that such enactment of such law would not only be unconstitutional, but also go contrary to the part of the constitution which stipulates that Nigerians, irrespective of state of birth or nativity had right to freedom of movement.

Your right to freedom of movement and/or residency cannot trample upon my own right to life and ownership of land and crops in my place of nativity and/residence. If that is allowed as we have today, then something is grossly wrong with the interpretation of that section of the Constitution.

Ganduje’s proposition and Sheikh Gumi’s initiatives are fantastic ideas that need a follow up in pragmatic and sincere manner towards addressing this herdsmen/bandit security problem. What to do now is to look at the credibility of the propositions with sincerity and unbiased mindset. It can be made to go as a private bill before the National Assembly and given expedited action considering the seriousness of the issue on our oneness as a nation of people and the security of lives and property across the country. God bless Nigeria!