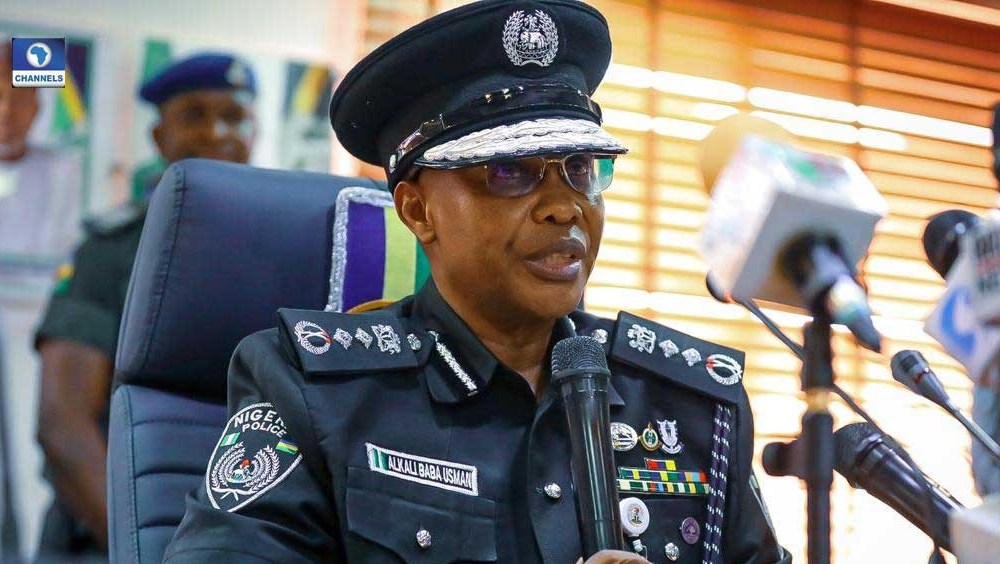 On Friday March 4, 2022, the Inspector-General of Police announced a new dress code for all female policemen, by which they were to adorn scarves, peak caps, hijabs, stud earrings and such other ornaments.

There has been a growing debate on public display of faith by and in public institutions, especially government parastatals. Nigeria is no doubt a heterogeneous society, consisting of various ethnic nationalities, religions and cultures. Over the years, our founding fathers have found a way to accommodate the diverse nature of our nation by maintaining some borderline approach on very sensitive issues in order to give room for all to function. One of such is to keep religion and the faith of citizens within the bounds of privacy, as expressed in section 10 of the Constitution of the Federal Republic of Nigeria, 1999 as amended.

Sometime ago, the National Youth Service Corps, attempted to enforce a dress code but it was met with resistance and backlash, given the noble objectives of that laudable scheme, being national integration and unity. It is my very humble view that we must as a nation strive to find common grounds to tolerate each other and have respect for the views, faith and opinion of all and not give the impression of preference for one against the other. One of the triggers of disunity in Nigeria is religion, which most leaders have exploited to advantage when it suits their designs, purely for political gains.

Personally, I believe that faith should be personal to the person and the practice of it should be exercised in such a way that it does not hinder the objectives of unity and development. One of the news reports monitored online on March 4, 2022, states as follows.

“The IGP noted that the Nigeria police workforce has officers from every local government in the country with a variety of ethnic and religious backgrounds, and an increased inclusion of female folks,” the statement reads. This, therefore, brings the need to guarantee inclusion, gender mainstreaming, ethnic and religious diversity in the workplace for optimum output and professionalism. This has informed the improvement for effective global workforce diversity management. Other countries that have adopted the same dress code include Canada, the United States of America, Sweden, Turkey, Australia and the United Kingdom amongst others.

“The dress code is optional and senior women police officers have been tasked by the IGP to ensure compliance with the approved standard for women police officers who have opted to adopt the dress code. The Inspector-General of Police noted that this development, which is in line with international best practices, addresses the growing concern for gender mainstreaming and respect for culture and diversity.”

Let me state at the outset that I have no issues whatsoever with decent and moderate dressing, given my own background and training. I therefore do support the adornment of hijab or any such covering that anyone may deem fit to wear, privately. And it is a great disservice to me and my struggles to even think that I detest any particular religion, far from it. I was trained and mentored by Chief Gani Fawehinmi, SAN, a Muslim and I have a lot of mentors and mentees who are very devoted and practicing Muslims, in the legal profession and globally. I also have very loyal clients who are Muslims and we have all grown to tolerate and respect our diverse faith and views. I however stand with the Constitution on my views.

Let me now dwell on the new dress code, which prescribes scarves, stud earrings and peak caps for police officers. If I may ask, which tribe or religion in Nigeria wears stud earrings or scarves and peak caps as the IGP has alluded? None. These adornments are not peculiar to any religion or tribe in Nigeria, but the photo images displayed by the police to unveil the new dress show clearly that the intendment of the police authorities was to grant permission for hijab and other coverings, to be worn by female police officers. I responded to the new dress code, purely upon my own understanding of our Constitution and the intention of our founding fathers to keep religion as a private matter, as much as possible, given its sensitive nature.

An incident occurred before a court in Lagos State, with a very liberal and experienced Judge presiding. In this particular court, it was normal for female lawyers to wear coverings under their wig. On a certain day, the Presiding Judge noticed that a lady was dressed in an unusual covering, which was very pronounced. Upon enquiry, the Judge discovered that the female lawyer was a Catholic Reverend Sister who had been called to the Bar. The Judge told her point blank that she was not properly dressed and she responded politely that she was dressed in the same way that some other female lawyers have dressed in the same court. I do understand that dressing is part and parcel of the tenets of Islam, especially for the female practitioner. This should not be a problem at all, given that most security agencies have underwear and vests that cover the top fully without exposure. As stated in my response above, the prohibition against government (and all its agencies) adopting any particular religion extends to the external practice of faith by way of adornments. Thus, it is not the business of public institutions and agencies to probe into the practice of faith of its employees or else there will be no end to the confusion that such invasion will create.

Section 42 of the Constitution forbids any form of discrimination on the ground of religion, which when married with section 10 that prescribes secularity, shows clearly that government should not dabble into the practice of faith. And the reason is very simple. Once it is possible to bypass any religion at all in such unnecessary policy formulation, then section 42 is immediately activated. And for you to know whether one religion has been bypassed or not, it is the responsibility of the person who seeks to enforce the religious practice to demonstrate that he has put all religion and religious practices into consideration. The first step towards establishing this is to publish verifiable data of the number of religious practices available, for instance amongst police officers, as to know whether there are Buddhists, atheists, freemasons, traditionalists or even free thinkers. This will cover officers who are presently enlisted in the police force and those to be enlisted in future.

This certainly cannot be how to develop a critical security agency such as the police, which has the primary responsibility for law enforcement, detection and prevention of crime and protection of lives and property. Amongst all the security agencies, it is the police that interact with the civil populace, being the one specifically established by law as such. What then is the driving force behind the new dress code? Is it to enhance performance, will it reduce the crime rate in town, will it help address the growing insecurity in the land or even assist in intelligence gathering? Will these new scarves, stud earrings and peak caps help reduce the pervading corruption that has eaten so deep into the police system? Will they help to improve the dilapidating structures dotting all police barracks in Nigeria or even enhance the poor welfare conditions of police officers? Will the display of faith through their dressing, make female officers become more friendly and accommodating to the civil populace? What about the unnecessary risk to which a veil-wearing female office is exposed when enforcing law in areas of the opposing faith? Will this alone not provoke resistance and become a clog to law enforcement?

It has since been revealed that one of the factors promoting insurgency and terrorism in Nigeria is how all security agencies have been compromised through religion. It is said that most security formations are open to the general public on Fridays to troop in to pray in the Mosque and on Sundays to worship in the Church. In this way, criminal elements disguise themselves under religion to understudy the security apparatus and thus weaken the effectiveness of these agencies to combat crime. With the current challenges being faced by police officers and other security agencies in various parts of the country and the experience of the EndSARS protests, should this be the appropriate time for the police to introduce adornments that will further expose police officers? Of course not. Let the police authorities focus more on matters that will enhance security, matters that will promote respect for the rights of citizens by police officers and matters that will assist in intelligence gathering and proactive policing, rather than whipping up religious sentiments to cover up the glaring inefficiencies, some of which are clearly beyond the police itself, such as lack of adequate manpower and funding. We should not train policemen who would clutch Quran and Bible instead weapons or produce police officers who are chanting incantations to fight criminals. Religion is a matter for the mind and it should have no role to play in effective security and efficient policing. I surely and certainly have no case against scarves, earrings, hijab, peak caps or such other coverings, as the expression and practice of faith when it is done in private. We cannot shy away from speaking the truth for fear that our friends and admirers would not agree with us. “Sometimes people don’t want to hear the truth because they don’t want their illusions destroyed.” (Friedrich Nietzsche).