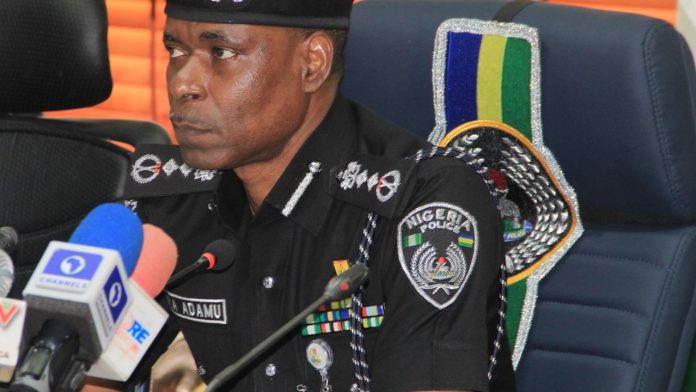 IGP Mohammed Adamu has told the men f Nigeria Police to defend themselves when attacked.

Adamu said this while on a tour to assess damage to police formations in Abuja while the EndSARS protest turned violent nationwide.

“If anybody touches or assault you, you can also protect yourself,” he said while going round Abuja on Friday.

According to him, human rights also cover the police.

“We are sending the message that legally, we have the right to protect ourselves. But while we are doing that, we should make sure until we are in danger,” he said.

IGP Adamu accused protesters of deliberately provoking police personnel to use maximum force against them in order to achieve their aim of justifying police brutality.

Adamu maintained that his officers acted professionally and exercised commendable restraints while some paid the supreme price for peace during the recent #EndSARS protests across the country.

No fewer than 22 officers died across the nation during the unrest.

He said the Amnesty International report as untrue, misleading and contrary to all available empirical evidences.