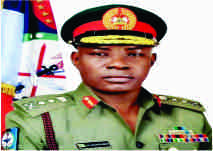 THE decay that characterised some police training institutions, facilities and barracks have once again been re-emphasized as one of the draw backs impeding on the country at getting the best police officers in the country.
Obviously not happy with what he saw, the Assistant Inspector General of Police, Joseph Mbu, urged the Federal Government to set up a special committee to visit police formations in the country with a view to identifying peculiar problems and fixing them for result orienting.
The Commandant, speaking during the graduation of Senior Assistant Commissioners of Police from the Police Staff College said “There is decay; there is neglect; what we have on ground is not conducive for the reform programme we all yearn for. Many projects in the training institutions have been abandoned”, he added.
One important thing that he emphasized was for the country to invest more in the police force so as to get the best service from it and effect the change crucial for a better Nigeria. “Nigerians want an improved police force in line with the change mantra, but the institutions that train the personnel are in a state of utter decay,” he said.
On the officers recently trained on strategic leadership and command by the college, he said that they must be courageous and lead their teams like lions. “I have often told the officers that a team of lions led by a sheep will behave like a sheep, while a team of sheep led by a lion will behave like a lion”, he said.
He reiterated that there is urgent need to deemphasise the habit of allowing greed, avarice and lust for material things to rule our lives. He admonished the trainees to stand for truth and tell our leaders the implications of crude tactics that they may want to pursue.
“You could be posted as a police commissioner to a state where the governor, as chief security officer, may want to lord it over you, but you must assert the fact that you will be responsible for controlling any trouble whenever it starts. So, you must insist on doing only what is right and say no when asked to do the wrong thing.
In another development, the Chief of Defence Staff General Gabriel Olonisakin has called on the members of Operation Safe Haven (OPSH) deployed to restore peace on the Plateau to adhere strictly to the Rules of Engagement and not to take sides when combating conflicts.
The CDS in his words said “You cannot do too much but you can do very little with great impact to achieve lasting peace.” While charging troops to work within the rules of engagement, code of conduct and the standard operational procedures, he said “don’t take sides with any faction, be a mediator, if you have to bring them to a round table for dialogue, make sure you do that and if by the rules of engagement and code of conduct, you have to apply force, then apply the relevant and minimum force to ensure that you bring the warring factions into peace”, he emphasised.
The Defenec chief reiterated the commitment of the military to rout Boko Haram insurgency in the Northeast, saying the military are moving to ensure that they wrapped up the operations on Boko Haram terrorists, maintaining that the December deadline by the Presidency is realisable.
In his words, the Nigerian army is working assiduously to ensure that we comply with the Presidential directives, on the operation against Boko Haram. Our troops have taking over the areas that were initially taking by the Boko Haram terrorists and we are moving to ensure that we wrap up the operation soonest”, he maintained.
He applauded the initiatives of OPSH Commander Major-Gen. Tagbo Ude, for peace in Plateau.