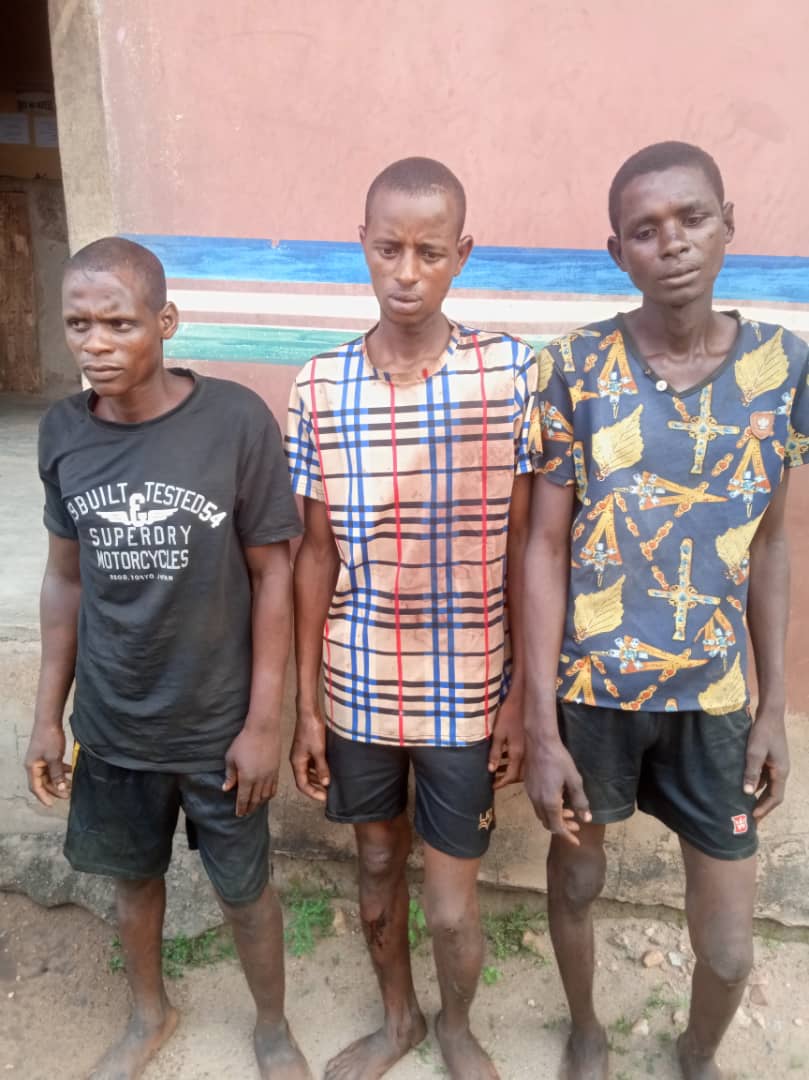 Operatives from the Ogun state Police Command have arrested three members of kidnap syndicates while trying to pick up the ransom from the family of one of their victims.

The suspects, Abubakar Sodiq m’ 26yrs, Ibrahim Kuaki m’ 24 yrs and Muhammadu Dio m’ 22 yrs were arrested following a report lodged at Ilupeju divisional headquarters that two men, who had gone to work at Abule Oba Alamala along Ayetoro road were kidnapped by some gunmen.

Upon the report, the Divisional Police Officer Sabo Ilupeju mobilized his men in collaboration with men of Nigeria army and So Safe Corps and they jointly embarked on aggressive bush combing in search of the victims and the suspects.

While the exercise was going on, the operatives received information that the suspects had contacted the families of the victims and asked them to bring ransom money somewhere in the area.

In a statement issued by the command’s spokesperson, DSP Abimbola Oyeyemi, operatives swiftly moved to the area and laid ambush for the hoodlums. Not quite long, the hoodlums appeared to collect the ransom and the operatives engaged them in a gun duel.

“Having realized that they were about to be overpowered, they took to their heels but were hotly chased and three amongst them were apprehended. Other members of the gang escaped with gunshot injuries which made them eventually abandon their victims, who were rescued unhurt and reunited with their families.

Meanwhile, the Commissioner of police, Lanre Bankole, who expressed satisfaction with the performance of the officers, has ordered the immediate transfer of the suspects to the anti kidnapping unit of state criminal investigation and intelligence department for discreet investigation.

He also directed that the escaped members of the gang be hunted for and brought to justice. The CP therefore appealed to members of the public, especially hospitals to inform the police if anybody with gunshot injuries is seen in their area.