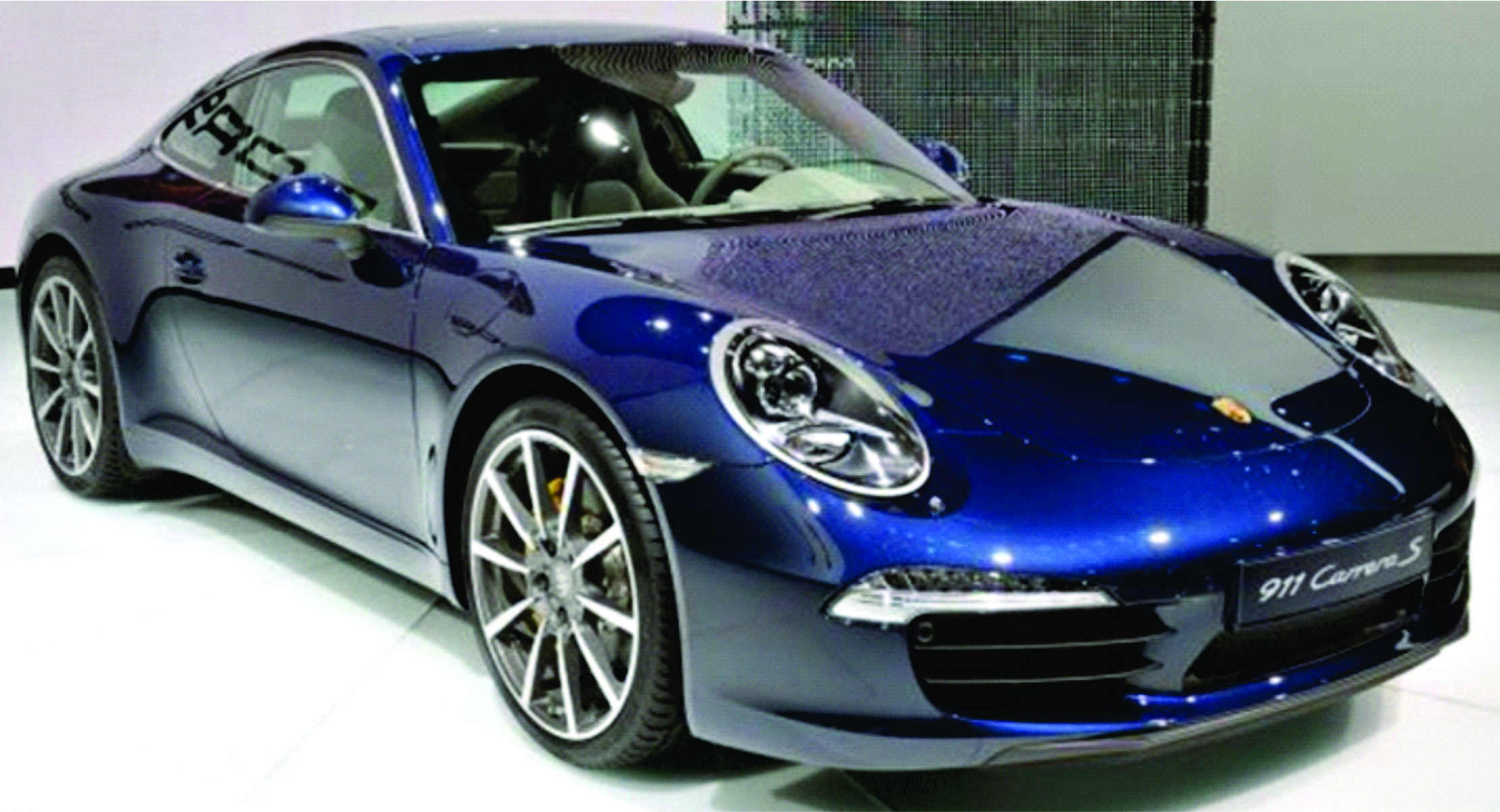 GERMAN top speed car manufacturer, Porsche, has finally unveiled the new 911 Carrera at the just concluded Frankfurt motor show, a car whose top priority is speed.
The biggest tweak is Porsche’s decision to equip the car with a 3.0 L twin-turbo flat-six engine, replacing the previous 3.4 L, which was what powered the previous entry-level versions of the 911. The new engine gives the new 911 Carrera a total of 365 bhp, 20 bhp more than the previous ones. The Carrera S is also packed with the same engine but, through several tweaks, gets a total of 414 bhp.
As expected, the new engine did not only boost the top speeds for both cars but also reduced the time it took for them to get from 0-62 mph. The Carrera hit 62 mph in 4.2 seconds while the Carrera S did the same in 3.9 seconds.
Needless to say, some 911 purists were not happy with Porsche’s decision to go with the new engine. However, the company insists that the traditional flat-six engine is still reflected on the new one with the 7,500 rpm limit.
The car’s interior comes packed with updated versions of Porsche’s standard features that were packed with latest 911 releases, as well as some added features that affect performance and safety. The PCM (Porsche Communication System) is now available with Wi-Fi together with Apple CarPlay. The Sport Chrono package, which is optional, has also been updated to have four configurable modes, which adjusts the suspension through the PASM, the PDK transmission and exhaust.
“Traditionally, a new 911 offers enhanced performance and efficiency compared to the predecessor. Depending on the model variant, the new engines are almost twelve percent more efficient compared to the previous generation according to the New European Drive Cycle (NEDC).