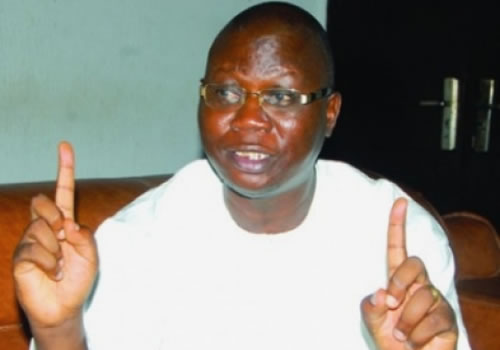 This is contained in a statement signed by his Director of Media and Publicity and made available to newsmen in Lagos.

According to the statement, religious intolerance has resulted to pockets of violence by some fanatics, particularly in the North East in the guise of religion.

The statement said that OPC leader spoke at the maiden Christmas Carol and Nine Lessons sponsored by Gani Adams Foundation and held at All Season Plaza in Agidingbi, Ikeja, Lagos.

“Even within the same Christianity, whenever there was a festival, we would go from one Christian denomination to another to wine and dine without giving a damn weather the family is Pentecostal or white garment.

“Such was the excitement in those days, but unfortunately this practice has nearly faded away as everyone now lives in suspicion of his neighbour.

“What we have lost is religious tolerance and revival of African virtues. This is a challenge to our religious leaders. One aspect of the Yoruba culture particularly harps on brotherhood.

“We are brought up to be our brothers keepers. If this virtue is to be emulated, I believe it will have positive impact on those who perpetrate violence using religion,” he said.

Adams said that as a person with committed Christian mother and dedicated and liberal Muslim father, he had mingled with both religions while growing up.

This, he said, had shaped his views on spirituality and tolerance.

Gani said that there were many misconceptions about OPC which connoted fetish practice.

“People erroneously have the impression that OPC is diabolical. But it might interest you all to know that we have people of varying religious in OPC and as a leader, I encourage everyone to practice their religion.

“In OPC, we believe in using Yoruba culture for our activities. We pray in Islam, Christianity and traditional using Yoruba language.

“So, I will love if we can accommodate more of Yoruba songs in subsequent editions of this event.

“We are also hoping to have a similar event for a Muslim festival just as we have for various traditional festivals that we participate across Yoruba land.” he said.

The statement quoted Pastor Olaade Kalia of the Redeemed Christian Church of God (Ijeshatedo) Lagos as saying that the entire world had cause to rejoice over Christ’s birth.

Kalia, taking his sermon from John 2.2, described the birth of Christ as bringing peace to the world, noting that whoever accepted Christ into his life would enjoy everlasting peace on the earth and hereafter.

He said that as the King of kings, Christ had been bestowed with all power and authority to make man completely free.

“Many of us are filled with worries and our anxiety. But let me tell you that the secret of being free from worries is by accepting Christ into our lives.

” Some of us suffer physical and emotional illness, Christ is able to heal us from them.

“All we need do is use this season to acknowledge and accept him into our lives and I can assure you will enjoy everlasting peace,” he said.