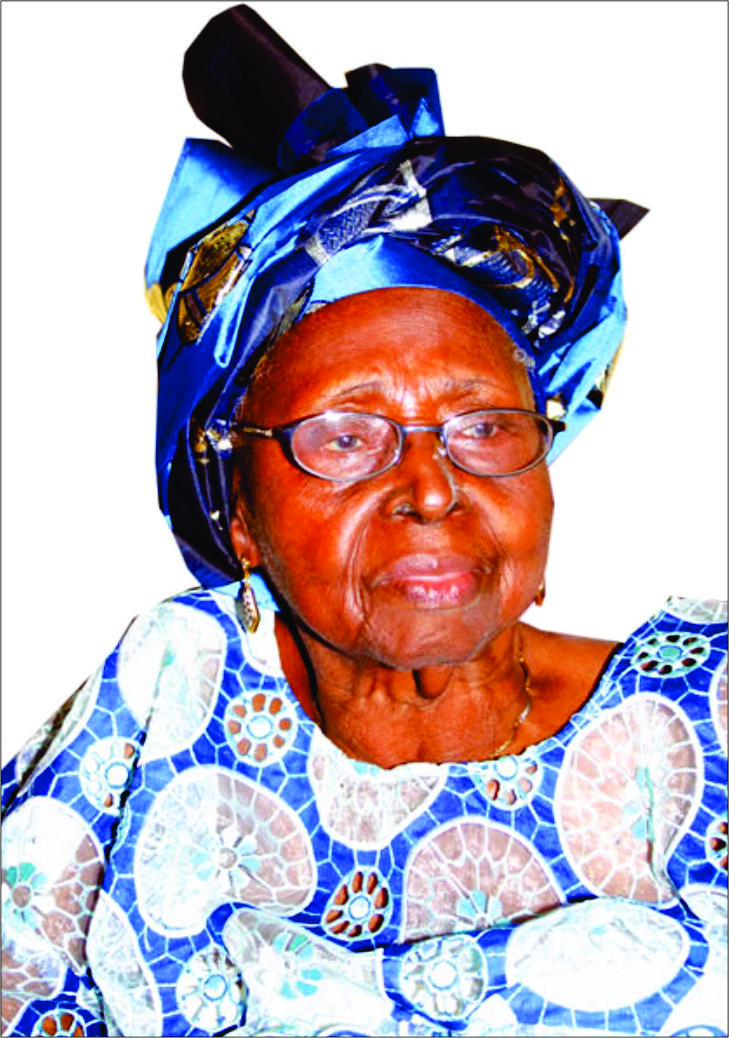 PRESIDENT Muhammadu Buhari has joined millions of the admirers of the late sage, Chief Obafemi Awolowo to mourn the death of his wife, Chief (Mrs) Hannah Idowu Dideolu Awolowo who died in her country home in Ikenne last Saturday at the age of 99 years.
The matriarch of the Awolowo family was said to have passed on shortly ater meeting with members of the committee saddled with the responsibility of working out the modalities of her 100th birthday ceremony expected to come up November 27.
Reacting to the news of the death of the wife of the first premier of the Western Region, late Chief Obafemi Awolowo, President Buhari had expressed sadness over the news of her passing away, saying that “she will be long remembered and celebrated as the famous spouse and pillar of strength of the late nationalist, political leader and sage.”
The President’s statement signed by his spokesman, Femi Adeshina, reads in part:
“On behalf of the Federal Government and people of Nigeria, President Buhari extends sincere commiserations to the children, grand children and great grand children of the “Jewel of Inestimable Value” on the death of their famed matriarch, just a few weeks before her hundredth birthday.”
“President Buhari, according to the statement, believes that “Chief (Mrs.) Awolowo will always be honoured too for the indelible legacy of very significant, behind-the-scene contributions to communal, state, regional and national development which she has left behind.”
The President prayed that “God will comfort Chief (Mrs.) Awolowo’s family, relatives, friends, associates and admirers, and grant them the fortitude to bear her irreparable loss.
“He also prays that the Almighty will receive the late matriarch’s worthy soul and grant her eternal rest from her long, earthly service to her renowned spouse, family, community and country.”
In his own reaction, the Lagos state governor, Mr Akinwunmi Ambode, in a statement signed by his Chief Press Secretary, Mr. Habib Aruna said he was one of mama’s many followers looking forward to celebrating her 100th birthday, which was just a few months away.
The governor who had expressed shock and sadness over the death of Yeye O’dua however said “Mama’s virtues will remain indelible in our hearts.”
“Mama would have clocked 100 on November 25 this year. It was going to be a milestone, not just for her, but for our great country. She was the matriarch of the Awolowo family, a well respected dynasty in the history of Nigeria”.
“Mama’s demise, at this time is painful, especially coming at a period when Nigeria is gradually enjoying democratic bliss, which her late husband, Chief Obafemi Awolowo fought for till his death”.
“We however take solace in the fact that she lived a fulfilled life. We celebrate her for what she stood for, uniting the Yoruba race for a common course and keeping her family together since the demise of her husband”.
“She was the pillar behind Chief Obafemi Awolowo’s legacies. She was the backbone of the brand of progressive ideas that defined the politics of the South West in the First Republic and in subsequent Republics”, the governor recalled.
The Governor prayed for the peaceful repose of her soul, urging her family to draw strength from the legacies she stood for while she was alive.
In concluding the statement said:
“On behalf of my family and the good people of Lagos state, I want to express our heartfelt condolence to the family of Mama Awolowo, the people of Ogun state and Nigerians on this great and irreparable loss.”
The news of the death of Chief (Mrs) Awolowo in her country home, Ikene, in Ogun state, filtered in last Saturday exactly 28 years after her husband, Chief Obafemi Awolowo, first Premier of Western Region, died.
Chief HID Awolowo, was reported to have died shortly after a meeting with her family members, at the age of 99 years.
The Yeye Oodua, as she was also popularly known and addressed, was said to have been a part of the meeting for the planning of her 100th birthday before she passed on.
As at the time of filing this report, it was not certain where her remains had been deposited.
The deceased had planned to celebrate her 100th birthday in November and a committee had been set up to come up with modalities for the occasion.
Until her demise last Saturday she was the Chairman of the Tribune Newspaper, the oldest privately owned publication in the country.
HID Awolowo dies at 99
Matriarch of the Awolowo dynasty, Chief (Mrs) Hannah Idowu Dideolu (HID) Awolowo is dead.
The 99 years old wife of foremost politician, Chief Obafemi Awolowo, died on Saturday in family’s Ikenne home.
She would have been 100 by November this year. The matriarch of the Awolowo family, Chief Hannah Idowu Dideolu Awolowo, is dead.