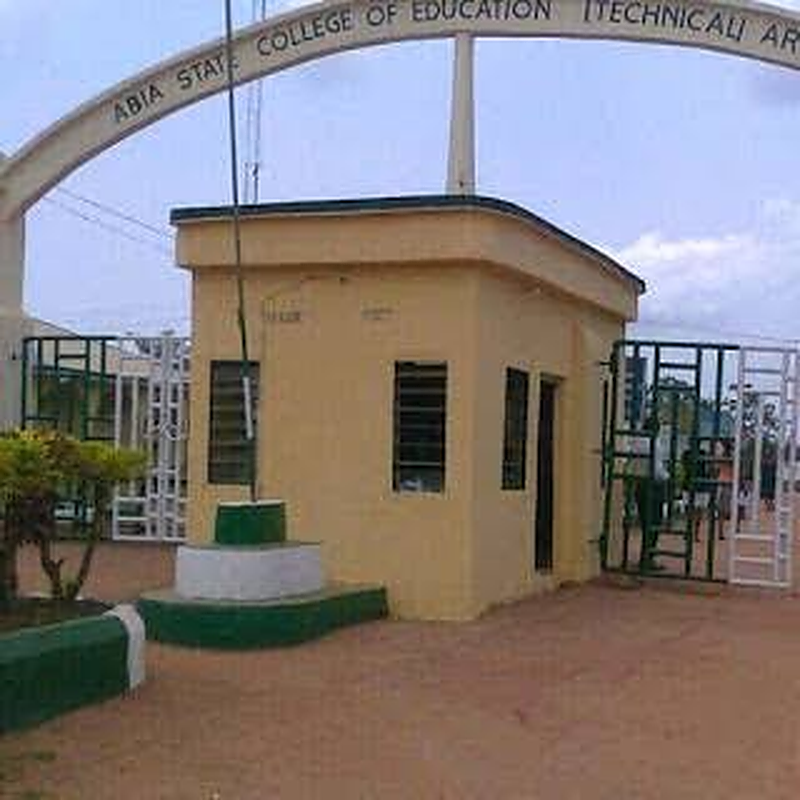 In an interview, Ntoo said that some of the students complaining had not fulfilled Abia State University (ABSU’s) requirements for transiting from NCE to Bachelors degree studies.

He said the institution, which is affiliated to Abia state University, required NCE students, who desired to proceed to bachelor’s degree studies, to first finish their NCE with full results before doing so.

Ntoo, however, said that some of them got “provisional admission” for bachelors degree studies at ABSU, without completing the requirements ahead of their graduation.

He said that some other students, who had not paid their dues, were also affected and this explained why some of the students, due for graduation five years ago, were yet to get their results and NYSC mobilization.

Ntoo was responding to allegations that he refused to pay ABSU what was due to the University, to enable them release the students’ results and mobilize them for national service.

He explained that he inherited some of the problems in the institution from the past management, which included non-payment of the fees it agreed with ABSU before starting its degree programme.

Some ASCETA students, who craved anonymity for fear of victimization, claimed that since 2017 when they were due for graduation, they had neither received their results nor were they mobilized by ABSU for the NYSC.

The students said this was in spite of having settled every necessary levies and fees, done their clearances in ASCETA, and waited all these years without any response from the institution.

They attributed their problem to ASCETA’s refusal to remit to ABSU some money already paid by the students to ASCETA, who had signed a Memorandum of Understanding (MOU) with the university, on affiliating the programme for the award of Bachelor’s degrees.

“I have graduated for five years now, I have not had my certificate because ACETA has refused to keep to the agreement they had with the Abia State University (ABSU), Uturu.

“They signed an MOU when the degree programme started in 2009 that a percentage of our school fees will be paid to ABSU, which would graduate, award us degrees and mobilize us for NYSC.

“However, since the present ASCETA management took over, they have not been paying ABSU, which is the reason ABSU stopped issuing our certificates and ended the process of mobilizing ASCETA students for youth service.

“Out of frustration, a 2019 set returned to ASCETA and pleaded with ASCETA to move their results to ABSU and then they went and paid ABSU the money ASCETA should have remitted to ABSU to smoothen the process”, he said.

When contacted, ABSU PRO, Mr Chijioke Nwogu, said that payments needed to be made to the institution before the processing of ASCETA’s results, stating that if the fees were paid, the students would get their results.

I like this pampering, don’t you? Adesina asks ‘bandit-lover’ Gumi, others

Anxiety as IPOB clashes with WAEC exam next Sept.13