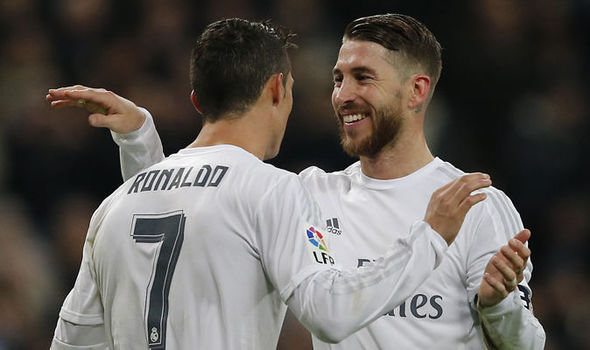 By Boluwatife Ezekiel Olaleye
Real Madrid sold Alvaro Morata to Chelsea in August and have seen the striker flourish in the Premier League while Madrid have fallen eight points behind Barcelona in La Liga.
Portugal superstar Ronaldo has since suggested the Galacticos’ decision to sell the forward has proved the difference for the club this season but Ramos has shot down those claims.
“I do not agree with Cristiano. I think it’s an opportunist opinion,” he told Spanish radio station Cadena SER.
ALSO SEE: Why Diego Simeone move to Everton should never happen
“When we won two Super Cups [UEFA Super Cup and Supercopa de Espana], nobody missed anyone.
“I would place more of the emphasis on injuries. The team is stronger when we’re all together.
“I don’t miss anyone. No one. The squad has changed, of course, but some contribute some things and others have another role.”