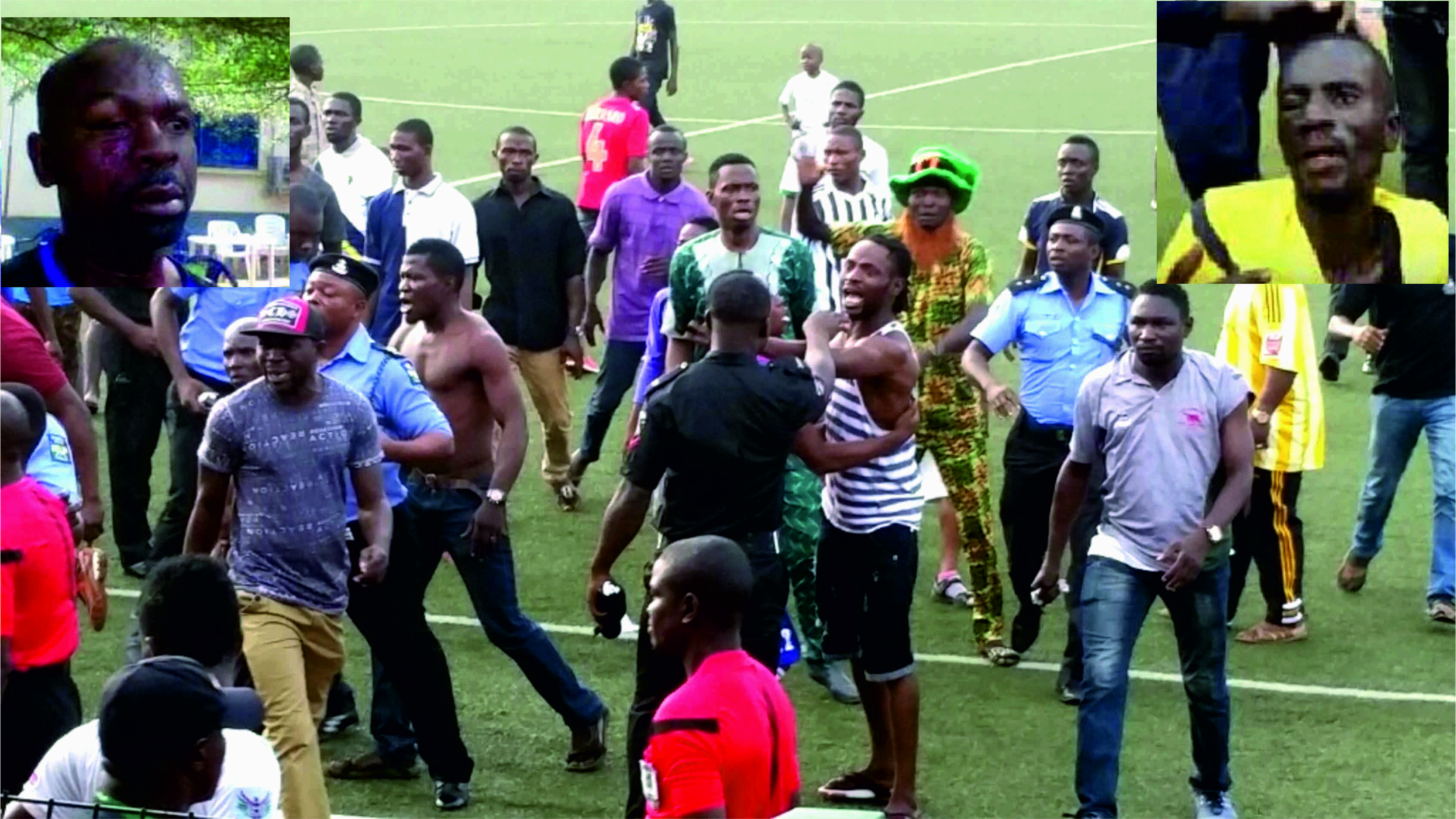 THE continued attacks on Nigeria referees lately have put fear in the heart of many. Importantly, football, which is widely seen as an important leisure and a highly popular form of public entertainment, is going to lose its zest if the trend continues.

Nigerian Referees Association President Tade Azeez has hinted that they might pull out of Nigerian leagues owing to unending assaults on match officials.

In fact, they are already pulling out. The National Daily confirmed this from Damian Akure, one of those referees attacked by angry fans in Warri after Wikki Tourists clawed back to force hosts Warri Wolves to a 1-1 draw in a Nigeria Professional League encounter of recently.

The NRA boss, in a statement released by the association, revealed that the act will no longer be tolerated from club supporters and players.

“The NRA has considered it necessary to boycott all matches involving any team where referees are either harassed or physically assaulted by them,” he said.

The latest attack was witnessed last weekend when fans of Abia Warriors FC went berserk inside the Umuahia Township Stadium. They attacked centre referee, Abubakar Ago, from Yobe, and assistant referee, Azeez Orowole, from Osun.

Our reporter gathered that the incident took place at the end of a midweek encounter between the Umuahia-based club and visiting Ifeanyi Uba FC.

The match, which many fans considered a must win for relegation-bound Abia Warriors, ended in a 1-1 draw.

The referees were attacked on the pitch shortly after the blast of the final whistle to signal the end of the match.

The fans, who alleged biased officiating against Ago and Orowole, overwhelmed the few policemen on duty.

Even the intervention of the Chairman of Abia Warriors, Chief Emeka Inyama, could not save the situation.

It took the perseverance and frantic efforts of the police to rescue the referees from the mob.

A detachment of anti-riot police from the Central Police Station, Umuahia, was later deployed to the stadium to restore normalcy.

The police fired teargas canisters to disperse the fans before escorting the referees and other match officials to their hotel.

Some of the fans alleged that the 85th minute equaliser by Ifeanyi Uba’s forward, KojoBaah, was scored with hand.

They also expressed disenchantment with the assistant referee for signaling an infringement against the home team. And the resultant spot kick was converted into a goal by the visitors.

Abia Warriors lone goal came at the 48th minute after Effiong Ndifereke beat Ifeanyi Uba’s defender outside the penalty box to fire a grounder into the net.

The fans expressed the fear that the draw compounded the woes of Abia Warriors, who occupy 17 points.

Poor officiating not peculiar to Nigeria
General Coordinator Rivers United Football Club of Port Harcourt, Bashir Badawiy, has praised match officials that handled their away match against Elkanemi Warriors FC of Maiduguri, describing it as one of the best officiating his team has gotten this season.
Rivers United suffered a 1-0 defeat at the Maiduguri Township Stadium in the Week 29 tie of the 2015/2016 Nigeria Professional Football League.

Bash, as he is fondly called, singled out Ishiaku Ibrahim a.k.a Collina as one of the best referees in the elite league and stated if the Kogi-born referee can keep the momentum he will go places handling the whistle.

“He (Ishiaku Ibrahim) really comported himself and the other officials. We are not used to complaining about referees but, we have to thumb up Ishiaku Ibrahim for his firm control of the match. We need more of this fair and unbiased officiating so that our league can move to the next level,” he said.

According to him, Elkanemi are a good side and they really deserve to walk away with the win. He said his team lost not because of biased officiating but, because they were unable to take our chances.

Coach Mohammed Ahmed, however, believed every coin has two sides and each differs. “I know vividly that our refs make mistakes; I’ am of the opinion too that our Refs do the unthinkable,” he said.

According to him, Nigerians must not conclude only their refs blunder or do the unthinkable. “They do in climes we consider advanced where they have presented refs whose decisions are equally bad or even worst. Yet they handle issues maturely, reasonably and responsibly without rubbishing the system.”

Oliver William, a sports analyst, also confirmed some referees, even in developed systems, don’t protect their dignity, and their standard is nothing to write home about.

“I have been writing and following the Italia Serie for much of my life. In fact we have seen cases whereby top referees are involved in a match fixing scandal, which also has been hovering over our league for so many years,” he said.

Guadiola 9 – 3 Mourinho: A peep into matches between two fine managers