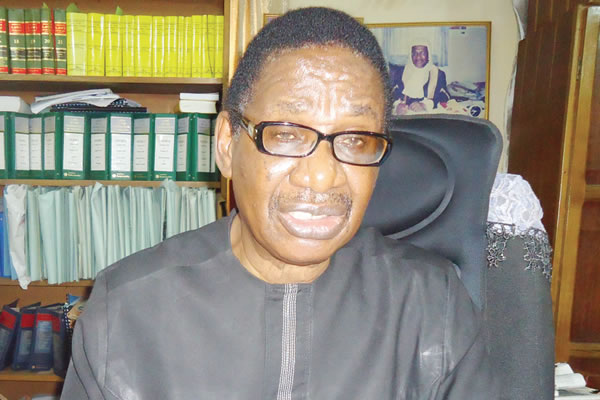 Itse Sagay, Chairman of the Presidential Advisory Committee against Corruption (PACAC) has advised that Nigerians should stay with President Muhammadu Buhari and Vice President Yemi Osinbajo if the country was to get to the promise land.

Speaking on Wednesday at the 27th convocation lecture of the Federal University of Technology, Minna, Sagay said both Buhari and Osinbajo have absolute integrity; “if we don’t use them now, I don’t know when next we will have leaders like them,” he said

He also called on the federal government to apply strength and discipline in operating the democratic dispensation to speedily develop the country.

While lamenting that people in positions of authority often abuse all the privileges of rule of law, Sagay said Nigeria is not yet ready for liberal democracy.

“Nigeria is not yet ready for operation of a liberal democracy. All we have done is to abuse, abuse and abuse again; all the privileges of rule of law, human rights and democracy are conferred on us by the constitution,” he said.

“We must now utilise our creative powers to operate our constitution without giving room for all these abuses.”

“We need democracy, not democrazy we are operating now where all members of a legislative chamber will abandon the chamber and accompany one other member, charged with criminal offence, to intimidate a lawful tribunal.

“We cannot have a situation in which the legislature, in a feat of petulance, rejects every bill, refuses to confirm executive nomination, postpones consideration of the budget and refuses to consider it because the executive will not be dictated to regarding the officials it appoints to carry out executive responsibilities.

“We cannot tolerate a situation in which 30-60 Senior Advocates of Nigeria accompany a colleague under trial to court in order to intimidate the trial judge. That is gross misconduct on the part of senior advocates.”

He said Kuan Yew applied the method in Singapore and rescued the country from poverty, misery, chaos, and underdevelopment by being firm and determined in the use of power.