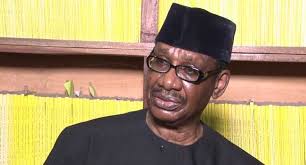 Itse  Sagay, a law professor and special adviser to President Muhammadu Buhari has called on the federal government and the National Assembly to liberate gun ownership, saying that is the only way to step down rising insecurity in the country.

The Chairman of the Presidential Advisory Committee Against Corruption said this in an interview with the Sun.

According to him, there is need to balance terror with bandits, herdsmen, Boko Haram and others committing crimes with impunity in the country.

“I have never seen this country like this before, where at every corner, there is somebody committing one violent crime or the other. Although it is more in the North, the South is not safe. In the South-West now, you can’t travel by road because people will jump out of the forest and stop and then abduct you,” he said in the interview.

He also wonder why a community would be sleeping, and then some people would just come killing them.

“I have made this suggestion before: we should all be armed so that anybody coming to attack you will know that he too has no chance of surviving. Communities should be armed; individuals should be armed. That is balance of terror.”

“I always wonder when the youths cry out in various places, including my own Delta and other areas in the East and West that the Fulani herdsmen have overtaken our villages, our farms. Why can’t those youths gather together and seek arms and fight back? People need to fight back with arms and not with bare hands,” he said.

Sagay will be the second defender of gun rights I the face of marauding herdsmen violence across the nation.