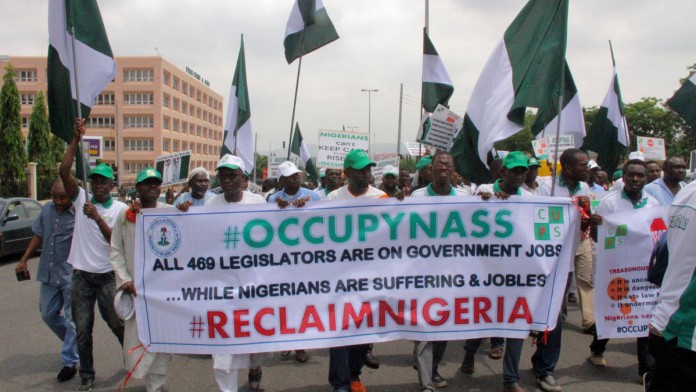 •Jealous, dirty politicians are behind the conspiracy
Elder statesman and former Lagos Police Commissioner Alhaji Abubakar Tsav has urged embattled President of the Senate Dr. Bukola Saraki not to heed the call of those asking him to resign.
The retired Police Boss said in a chat with National Daily that the travail of the former Kwara governor is political even as he urged politicians hell-bent on dragging him down to fear God.
He said: “I do not support the call for Saraki to resign his position as Senate President. And my reasons are simple: The charges against him are mere allegations which are yet to be sustained by a Court of competent jurisdiction.”
While reacting to claims that Saraki should resign from office because he was facing criminal charges, maintained that “there are many other Senators who are facing criminal charges in Court but have not resigned. Why should Saraki be asked to resign?”
Speaking further, he argued that he (Saraki) may be laying a dangerous precedence if he does so (resign).
In reaction to claims that he lacked the moral right to continue to occupy the seat of the president of the Senate because of the ongoing trial at the Code of Conduct Tribunal (CCT), he queried: “Assuming he resigns and the CCT finds him not guilty, what will happen to his position?” 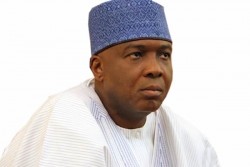 Tsav blamed the conspiracy by jealous and dirty politicians who were determined to disgrace and unseat him (Saraki) as the sole reason for the ordeal of the Senate President.
“Saraki’s case is that of conspiracy by jealous and dirty politicians designed to disgrace and unseat him. It is a presumption of law that all accused persons are innocent unless the contrary is proved by a Court of competent jurisdiction. Has Saraki been found guilty?
“Why must he be forced to beat the gun? His travail is political and I advise our politicians to fear God. They should do unto others what they would like others to do unto them. This is my position on this case.”
The National Assembly complex in Abuja earlier today came under siege by hundreds of Nigerian youth protesting under the aegis of Occupy National Assembly movement.
Their demands: Sen. President Bukola Saraki should step down; the lawmakers should resolve the budget deadlock; and the 36 new SUV cars the Senate just acquired should be returned.
The protest has been on the cards for days now, following Saraki’s hopping from one court to another suing for an order to halt his trial, and the embarrassing revelation of the No. 3 citizen’s underbelly by Panama Papers, a massive muckraking campaign by the International Consortium of Investigative Journalist.
Saraki has insisted he will not budge a rap in spite of the exposure of his offshore wealth in Panama and the British Virgin Islands.