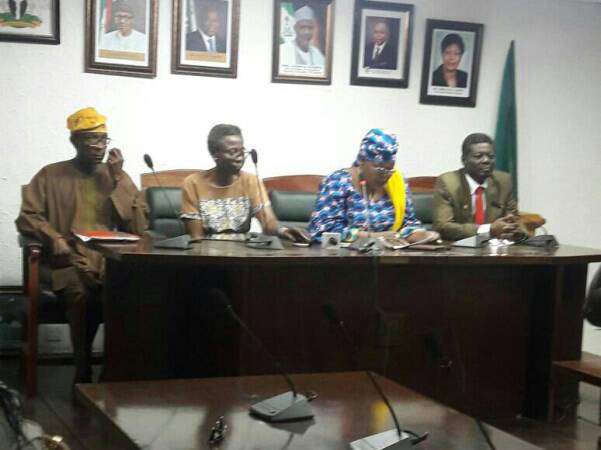 Share this on WhatsApp
Spread the love
By IFEOMA Ikem
The Rector, Yaba College of Technology (YABATECH), Dr. Kudirat Ladipo, has unveiled plans by the College to mark its 70th anniversary programme and convocation ceremony.
National Daily gathered that a total of 9,021 students of YABATECH, comprising of 2,560 with Higher National Diploma and 6,461 National Diploma students will be awarded certificates during its convocation slated to hold on October 17.
Kudirat said this while briefing the pressmen in the college conference hall. She said that the institution has many reasons to celebrate, having produced more than 50,000 graduates who are currently bridging the skills gap in the country in its 70 years of existence.
“These past 70 years, we have concentrated only on the things that are truly important; investing in human capital and it is the time to roll out the drums to thank God,” she noted.
She disclosed that YABATECH has floated a radio station within the campus; a signal to the beginning of another milestone in technical education in Nigeria.
She added that the radio with the frequency 89.3 will not only lend a voice to the institution but also serve as tool for step by step reportage of the institution’s events.
Speaking further, the Rector submitted that several programmes are lined up for the Anniversary slated for Tuesday 17th October 2017 at the National Theatre Lagos at 10am.
ALSO SEE: Agriculture ministry commends Navy for arresting Chinese ship for illegal fishing
The programme will feature a Convocation lecture titled ‘Repositioning Science And Technological Education in Nigeria for Global Relevance, which will be delivered by an erudite scholar, Dr Emeka Eusebius Epuh of the university of Lagos.
Also the Alumni Association of the College will be holding a national workshop on the theme: ‘Business Financing in a Growing Economy on the same platform.
It was gathered that all the convocation programmes will be aired live on the new radio station.
YABATECH was established in 1947. Its abiding vision has been, to be the leading higher institution in Nigeria; providing first rate academic, professional and entrepreneurial education for the purpose of making a positive impact in the technological and socio-economic development of the country.
Share this on WhatsApp
Related Topics:70th anniversary programmeconvocation ceremonyDr. Kudirat LadipoYaba College of Technology (YABATECH)
Up Next