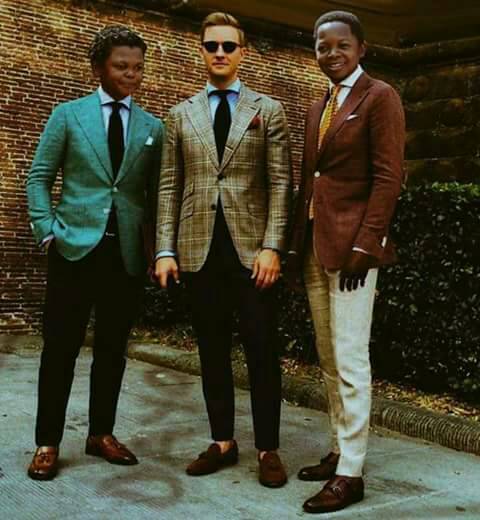 Osita Iheme (Paw Paw) and Chinedu Ikedieze (Aki) who took the film industry by surprise years back are great talents who became stars despite their height challenge.

In an amazing Photoshop picture, the duo are seen in a totally new light. They are tall, dark and handsome, so much so, one social media fan fantasized, ‘Am I dreaming’.

Osita Iheme and Chinedu are often described as one of the best actors of their generation. While Osita is the founder of Inspired Movement Africa. A movement set aside to inspire, motivate and stimulate the minds of young Nigerians and Africans. In less than a decade they have gone on to become one of the most in-demand actors in Nollywood. In 2007 they received the Lifetime Achievement Award at the African Movie Academy Awards. In 2011, they were honored as Members of the Order of the Federal Republic (MFR).