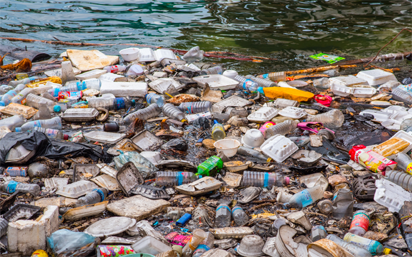 An Environmentalist, Mr Jeremiah Daudu, has urged the Nigerian Government to seek alternative options to single-use plastic bags, as it was detrimental to human health.

Daudu made the call in an interview on Wednesday.

He said that single-use plastic bags have been known to pollute the environment, largely due to its inability to decompose correctly.

According to him, it is high time the country discard plastic bags and instead use the various options like paper, cloth or woven handmade bags.

He said wastes from plastic bags posed severe environmental dangers to human and animal health, saying it could impact the environment by causing littering and water drain blockages, if not correctly disposed of.

“The common phenomenon to see today is people using plastic bags to carry items like food and clothes bought from shops, it is ironic that even after knowing well that plastic bags can damage the environment, it is still commonly used.

“Plastic bags have become essential items in the litter system, it often results in several detrimental environmental effects like animal choking, pollution, blockage of channels, rivers and streams and disfigurement of the landscape.

“One of the most hazardous and unavoidable impacts of plastic bags on the environment is that it takes many years for them to decompose.

“In addition, to add insult to injury, when plastic bags perish under sunlight, they release a toxic substance into the air causing encompassing air pollution.

“The use of plastic bags may become one of the reasons for inroads into a cancerous disease because of the unregulated accumulation of the carcinogenic compounds.

“When these plastic bags are dumped indiscriminately into landfills worldwide, they not only occupy tons of hectares of land but bring out dangerous methane and carbon dioxide gases’’.

Daudu said investing in cloth bags was one of the easiest and most impactful alternatives, noting that there were economical, more sustainable, and may give peace of mind when worrying about plastic pollution with every use.

The environmentalist listed other viable options to include recycled paper, cotton and silicon bags as they had biodegradable materials and could be used repeatedly.

He expressed concerns over low awareness on impact of plastic pollution in the country, saying plastic bags have been seen to have affected agricultural production extensively.

“In a few cases, it has also been found that animals get tangled and drown in plastic bags, getting confused about food, animals sometimes consume plastic bags, which block their digestive processes that may lead to death.

“It is incredibly encouraging to know that some significant steps have been taken by international organisations and the international community in the light of few scientific investigations to reduce the ongoing consumption of plastic bags.

“It is high time plastic bags are prohibited globally and nationally, with an option of biodegradable items to tackle these gross and harmful issues.

According to UN Environment programme, single-use plastic product pollution is a serious issue that needs urgent and sustained action at all levels of society.

UNEP in its report on Addressing Single-Use Plastic Product- Using a Life Cycle Approach, encouraged member states to promote actions that leads to keeping resources at their highest value by replacing them with reusable products.