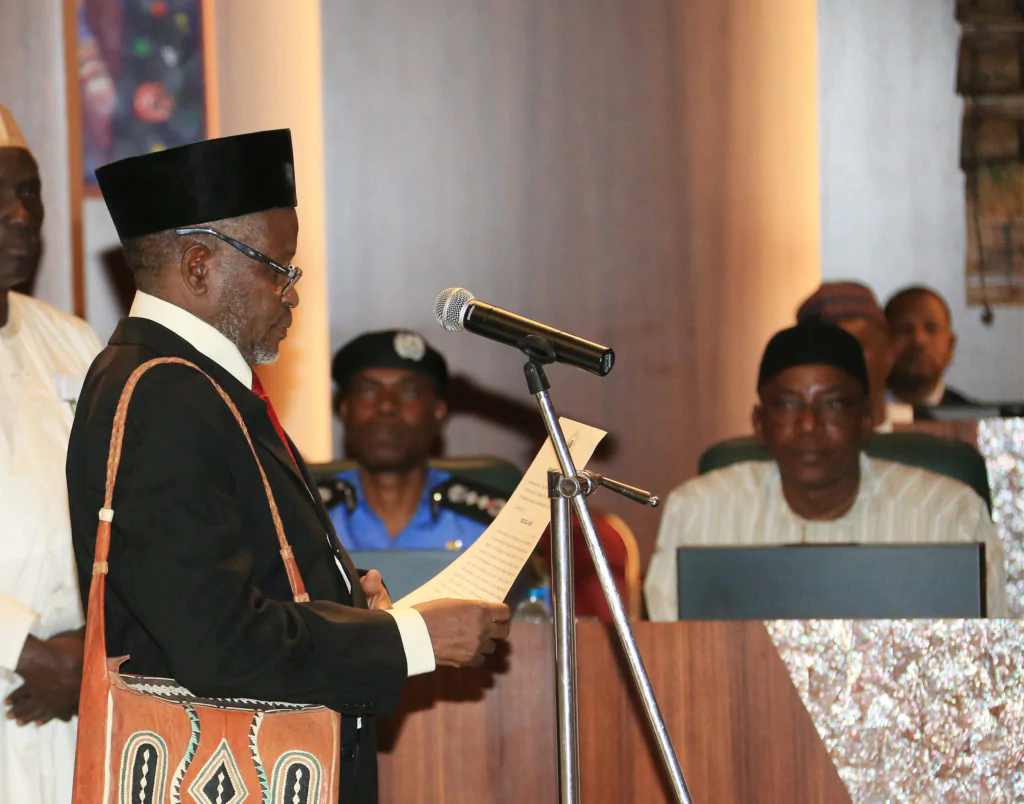 The Senate on Tuesday insisted that it would go ahead with the probe of the former Chief Justice of Nigeria (CJN) Tanko Muhammad.

This was sequel to a motion on Matter of Urgent Public Importance moved by Chairman Senate Committee on Judiciary, Human Rights and Legal Matters Sen. Opeyemi Bamidele (APC-Ekiti).

The motion was tagged: “State of Affairs in the Supreme Court of Nigeria and Demand by Justices of the Court.”

The News Agency of Nigeria reports that the Senate had on June 22, mandated the Committee on Judiciary, Human Rights and Legal Matters, to, as a matter of urgency, wade into the crisis rocking the judiciary.

Following prayers of the motion, the senate resolved to mandate the committee to go ahead with its assignment in the quest to find a lasting solution to the matter by interacting with relevant stakeholders.

The upper chamber also mandated the committee to interface with the relevant stakeholders in the three arms of government as well as at the Bar and the Bench.

Earlier, Bamidele, while moving the motion pursuant to Rules 41 and 51 of the Senate Standing Orders, noted that poor welfare of judicial officers would affect the delivery of the judiciary in respect of their output and would prevent them not to perform optimally.

“The sacred image of the judiciary, which is the epicentre of the temple of justice should be preserved by the Senate through appropriate legislative measures in order to safeguard this highly revered institution and prevent it from being ridiculed,” he said.

The lawmaker who regretted the former CJN’s resignation said that “this development will not prevent the committee from going ahead with its assignment in the quest to find a probable lasting solution to the matter.

“Even though Muhammad has stepped down as CJN, most of the issues raised by the Justices of the Supreme Court and other stakeholders within the judiciary still remain and need to be addressed urgently to prevent an eventual shut-down of the Judiciary.”

Supporting the motion, Deputy Chief Whip, Sen. Sabi Abdullahi, said that “this motion will show clearly that the Senate is not unaware of the role it is supposed to play.

“Of course, in playing that role, we also respect separation of powers. Our concern is that the judiciary as an arm of government deserves all the support it needs been the last hope as far as the rule of law is concerned.”

Similarly, Deputy Senate President, Ovie Omo-Agege said, “I am very embarrassed as a lawyer and also someone from the judicial family.

“Seeing that petition on the social media and eventually on the mainstream media, I was taken aback because it has never happened, it is unprecedented.

“There is no reason why the judiciary should lack anything financially.”

In his remarks President of the Senate, Ahmad Lawan, said that, “I can see most of the emphasis is on funding.

“When we look into the issues, they go beyond funding.

“We should look at other areas whether there is need to improve on the structures or having issues that may not be about funding but funding is of course a major issue.” Lawan said.

NAN reports that recently, 14 Justices of the Supreme Court leveled allegations of corruption against the former CJN, Muhammad.

The Justices, in a memo, protested the non-payment of legitimate entitlements by the former CJN among others.

NAN also reports that the former CJN, Muhammad, had on Monday, June 27, resigned from his position, reportedly on health grounds.

Share this on WhatsApp
Related Topics:former CJNinsistsProbeSenateTanko Muhammad
Up Next