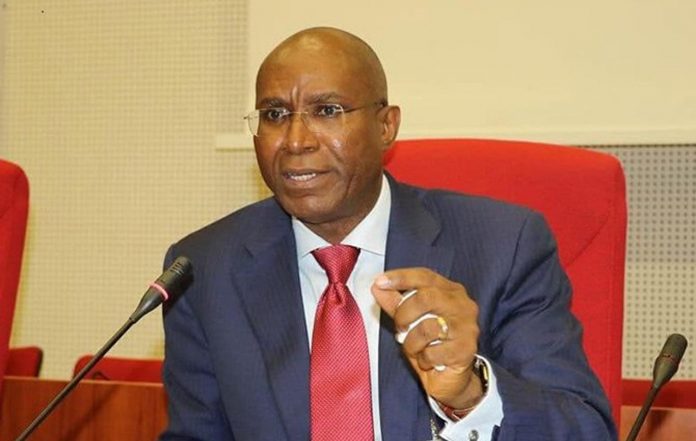 Share this on WhatsApp
Spread the love
The President of the Senate, Ahmad Lawan, has congratulated the Deputy Senate President, Ovie Omo-Agege, as he marks his 58th birthday on Aug.  3.
Lawan’s message is contained in a statement signed on Monday in Abuja by his Media Adviser, Mr Ola Awoniyi.
The senate president joined other distinguished members of the red chambers of the National Assembly, family members, friends and political associates in celebrating the occasion with his deputy.
He described Omo-Agege as a worthy son of Urhobo and great representative of the Delta Central Senatorial District.
“Sen. Omo-Agege has been an invaluable colleague and dependable ally in the leadership of the august assembly of the ninth Senate.
“This has enabled us to work in harmony between us and fellow distinguished senators, who had graciously given us the mandate to pilot the affairs of the upper chamber.
“I am confident that we will continue to work together as we have done so far, to enhance the delivery of the promises contained in the Legislative Agenda that we published at the inception of the ninth Senate in 2019,” Lawan said.
The senate president wishes the “Obarisi” of Urhoboland many more years of good health, happiness and continued impactful service to his fatherland, Nigeria.
Share this on WhatsApp