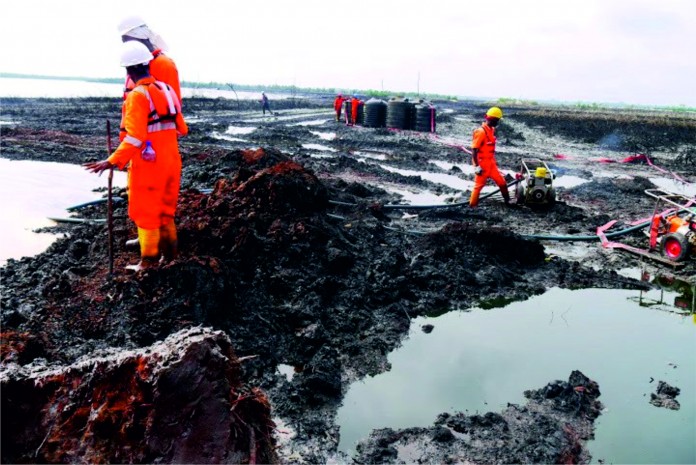 IT is unimaginable that with the United Nation Environmental Programme (UNEP) – sponsored Ogoni clean-up exercise still neither here nor there despite the flag-off by President Muhammadu Buhari, a government-owned oil company Nigerian Petroleum Development Company (NPDC), a subsidiary of the Nigerian National Petroleum Corporation (NNPC), has concluded plans to re-enter the area for oil production. How can the government feign ignorance of the fact that re-commencement of oil exploration and production activities or even the talk of it at this time in Ogoniland would undoubtedly incite Ogoni activists against whoever is scheming to come in to mine oil?

The Nigerian subsidiary of the Anglo-Dutch oil giant, Shell Petroleum Development Company of Nigeria (SPDC) was supposed to be the operator (owner) of the Oil Mining Lease (OML 11) covering the Ogoni area of Rivers state. The company has 98 oil wells in about seven oilfields in the area. It also has five flowstations in Bodo West, Bomu, Yorla, Korokoro and Ebubu.

Daily output from the area, according to Shell statistics, was at 28, 000 barrels per day before the shut-in in 1993 after the killing of Ken Saro Wiwa et al.

It would be recalled that the federal government in what seemed like the ultimate solution to the almost two decades of anti-Shell protest by the Ogoni people had decided that Shell would divest all its operations in Ogoniland for a new oil firm to come in. And as said, the company’s operating license in Ogoniland would be revoked and new operator (s) would take over the company’s oilfields and facilities in the area.

The decision became necessary as a result of the sustained enmity and total loss of confidence between the Ogoni people and Shell. The government believed the best solution would be to allow another operator acceptable to the Ogonis to take over exploitation activities in the area as nobody was gaining from the conflict and stalemate.

However, the question is: has Shell in spirit and truth completely divested (hands- off) its interests in OML 11 covering the Ogoni area of Rivers state? This is a very crucial issue because there are so many things that are not very clear in the present rush by the NNPC upstream subsidiary, NPDC to takeover Shell’s interest in OML 11 towards restarting of oil exploration and production in the controversial Ogoni area.

As said by the Ogoni umbrella organization, Movement for the Survival of Ogoni People (MOSOP), “the federal government’s decision to re-start oil production in Ogoni coming at a time when the Ogoni people are sustaining efforts at urgent implementation of comprehensive remediation and restoration of the hydrocarbon ruined Ogoni environment before any other matter relating thereto may be negotiated, is being perceived as provocative and assaulting the collective interest of our people.

“We suspect that enemies of Ogoni that are averse to the implementation of the Ogoni clean-up project may be at work using some local Ogoni chiefs, elites and politicians that mortgaged their conscience for pecuniary benefits to cause crisis that would be unsuitable to carrying out the exercise.

“In so far as we are concerned, the attempt at this time is not only insensitive but also betrayal of our people. We insist that the issue of oil including resumption of extraction cannot be a matter to be approached secretly and of a select few but would genuinely have the full participation of all Ogoni citizens.”

This same position was also reiterated by the president of MOSOP youth wing, the National Youth Council of the Ogoni People (NYCOP) and leader of the anti-NPDC demonstrators, Dr. Young Nkpah, who alleged in his statement that “The activities of NPDC in Ogoni is aimed at creating division that would occasion avoidable crisis in the region. When we are talking about revival of our hydrocarbon polluted environment, they are canvassing for commencement of oil production now in Ogoni, a matter that had caused the death of a generation of the Ogoni leadership including sung and unsung Ogoni citizens. If this is not the case, how would one explain the situation where the federal government has just flagged-off implementation of the Ogoni environmental rejuvenation exercise and the NPDC is on the other hand luring gullible Ogonis to sanction its intent of resuming oil production in Ogoni now?

Without mincing words, there are so many sensitive issues in the entire asset divestment and acquisition scheme that still need to be thoroughly addressed before any talk of a new entrant venturing into the area to avert a repeat of what led to the Shell crisis. Above all, if some of these issues are ignored or treated casually, they are likely to introduce serious complications in the UNEP- mediated peace process and the clean -up and remediation exercise in Ogoniland that was flagged off few weeks ago by the federal government.

First, if the federal government has ordered Shell to relinquish its operational rights in Ogoni oil fields to a new operator, how is the government going to get Shell to pay its counterpart funding for the clean-up and remediation exercise as proposed by the United Nations Environmental Programme for the Ogoni area?

Secondly, is the new operator going to inherit only the assets of Shell in the oil concession without the accompanying liabilities or will inherit both? Is it not better for the federal government to allow the UNEP-proposed clean-up and remediation exercise of the oil spill devastated area to be completed or even record tangible milestone before the talk of asset takeover by a new firm? The divesting Shell has serious obligation assigned to it in the exercise and if it is allow to hands-off the acreage now, the entire effort by both the federal government and UNEP at cleaning the massive oil spillage in the area would definitely run into a hitch. This is the truth!

Buhari, on August 5, last year, after 68 days in office, approved many actions to fast-track the implementation of the UNEP report on Ogoni land, including the amendment of the official gazette establishing HYPREP, to reflect a new governance framework, comprising a Governing Council, Board of Trustees (BoT) and Project Management. The President, who was represented by the Vice-President, Prof. Yemi Osinbajo, on June 2, 2016 flagged off of the clean-up exercise at Patrick’s Waterside, Bodo-Ogoni in Gokana LGA of Rivers state.

Now, beyond the euphoria of fulfilling an electoral promise and mere verbal commitment by the federal government, what concrete steps or action are being taken on the clean up exercise since it was flagged-off?

As rightly observed by Environmental Rights Action/Friends of the Earth Nigeria,(ERA/FOEN), apart from the usual fan fair, there was no serious commitment by the government to the exercise. The truth is that there is a need for the federal government to come out and state in clear and unambiguous terms both its commitment and that of Shell in the exercise as anything short of this would amount to dancing around the problem. 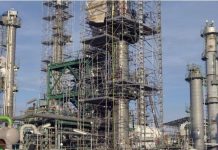