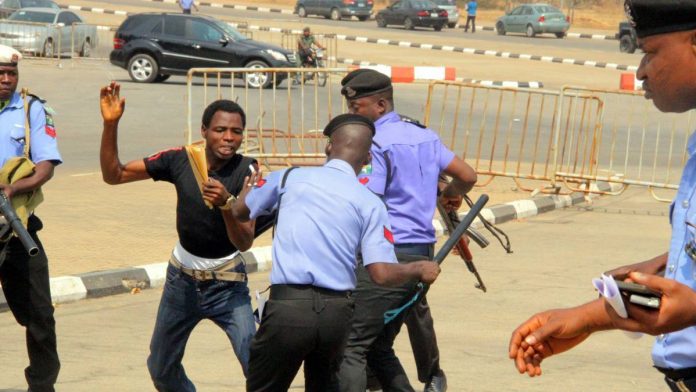 Two police officers were shot and six others clubbed and stoned on Tuesday as the Islamic Movement of Nigeria also known as Shiites tried to invade the National Assembly complex in Abuja.

Abuja’s police authority said it foiled the attack, however.

The Shiites were protesting the long detention of their leader Ibrahim El Zakzaky since 2015, demanding his release with frequent protests that usually end up in bloodshed.

“In view of the foregoing, the Command wishes to state unequivocally that while it recognizes and respects the right of citizens to peaceful procession, an attempt by any individual or group of persons to cause the breakdown of law and order will not be tolerated,” he said in a press release.

“Those arrested in the process will be dealt with in accordance with the appropriate law of the land.”