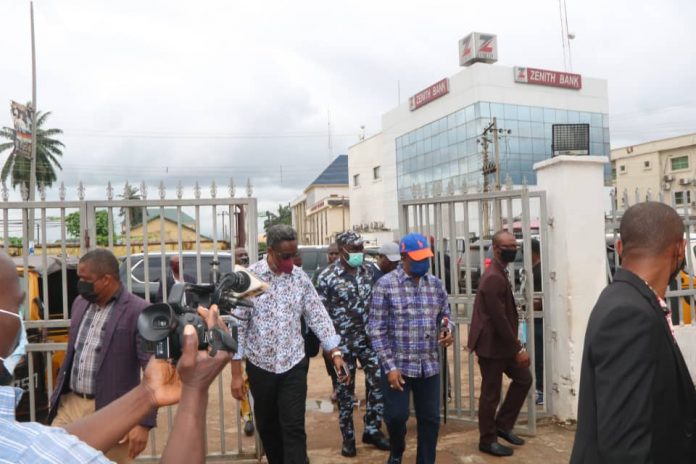 As Monday gradually becomes a sacred day citizens across the southeast hallow, paralyzing the economy and security of the region, some governors can’t help expressing their frustration.

After a series of threat and sanction announced against any business that stays at home on Monday in respect of IPOB orders, Anambra Gov Willie Obiano has eat his word as people remained indoors o Monday September 13.

The governor got out of his office in Awka, and went around big market and business premises forcing people to open their shops, ad thanking them for doing so.

At Eke Awka market, the governor thanked traders who braved it to come to the market, saying that the state must avoid giving urchins a chance to take over the state.

Though only a few vehicles could be found on the road, most businesses including motor parks, banks and markets were opened for business.

Four five weeks, the fear of IPOB has paralysed economic activities in the region, as the enforcement of the initial order the group gave became violent, leading to over a dozen deaths.

IPOB has since cancelled the order, though people are afraid to come out.