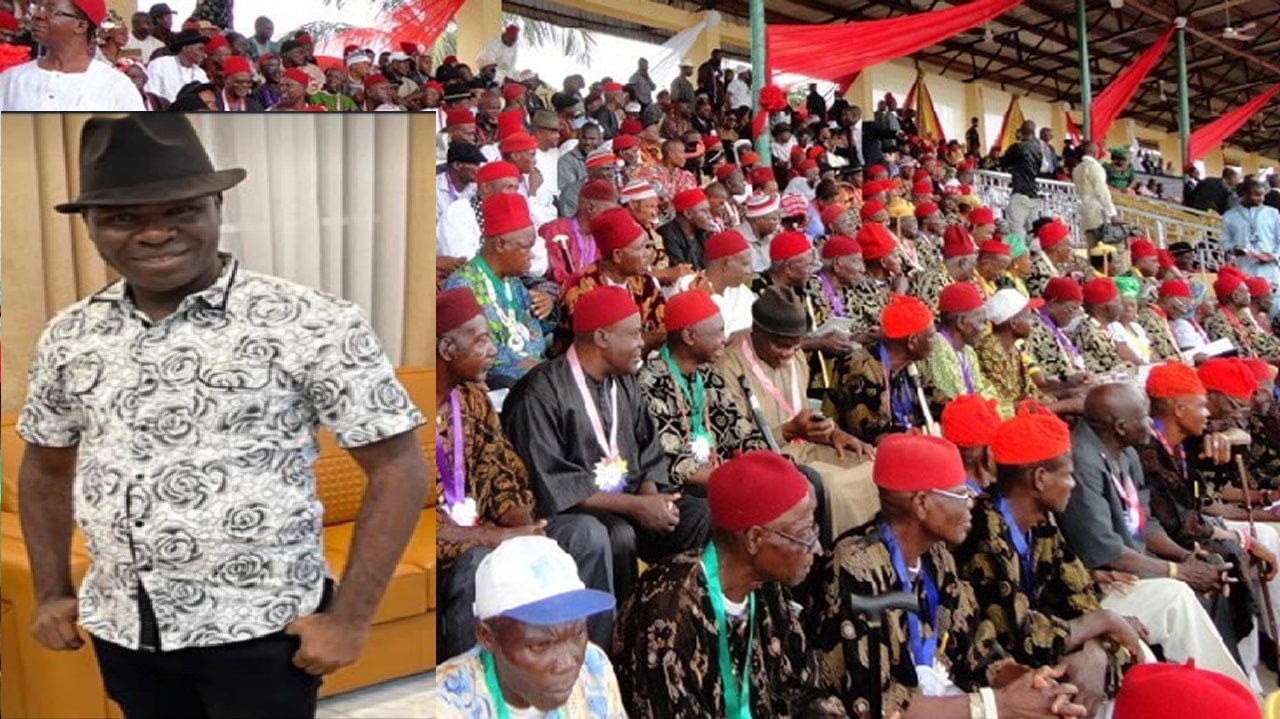 A social activist, Comrade Kennedy Iyere has accused some chieftain of the Igbo socio-cultural group, Ohanaeze Ndigbo of working against the emergence of Nigerian president of Igbo extraction, especially Peter Obi.

“These two men conditionally demanded of me to pay money to the Chairman of Ohanaeze Ndigbo  representing the above-indicated seven states as Damian Okeke and Alex Ogbonnia both  threatened to exclude Ohanaeze Ndigbo from my Advocacy Project for 2023 Igbo Presidency unless they are paid to be part of it”, said Comrade Iyere.

He said while he paid them, they chose to rather use Ohanaeze Ndigbo to fight the advocacy for 2023 Igbo Presidency, which he anchored through the support of Afenifere, PANDEF and Middle Belt Forum.

“Today, I am like a Son to the leaders of Afenifere, PANDEF and the Middle Belt Forum because of what I have done to push for the actualization of Igbo Presidency in 2023, while the Obiozor-led Ohanaeze EXCO Members have continued their fruitless attempts to frustrate my efforts just the same way they have done over the past two years.

Comrade Iyere buttressed that the pro-Igbo advocacy for the actualization of a Nigerian President of Igbo extraction was unveiled in Awka under the name of Global Movement for Igbo Presidency (GLOMIP 2023).

The unveiling was conducted on the 6th October, 2020 by His Excellency, Chukwuemeka Ezeife, CFR (Okwadike), former Governor of Anambra State.

“Today, our efforts have paid off as Peter Obi is now widely celebrated as the best and favourite candidate among the available options for the 2023 presidential election but Ohanaeze should realize the fact that they fought me  secretly just to hinder the struggle for Igbo Presidency in 2023.

“I won’t say many things here but I am waiting till when the current Secretary General of Ohanaeze Ndigbo will make a single comment in the media platform trying to deny the things they did some of which I have outlined, only then will I come out in full force to beam my searchlight on the Obiozor-led Ohanaeze Ndigbo and let Igbos know more about their anti-Igbo activities, especially their efforts to hinder the actualization of Igbo Presidency in 2023.

He also alleged that the current Ohanaeze Ndigbo are more for Atiku even as they are being funded by Hope Uzodima who also was the man that installed Prof George Obiozor.

“Haven’t you seen that the PDP has given its Chairmanship to an Igbo political elite, who shamelessly accepted it, yet Ohanaeze Ndigbo has done nothing to indict Adolphis Wabara for accepting to work against Peter Obi,” he queried

“They are the reasons we have Peter Obi today, I worked with all of these great and prominent Nigerians, mentioned to them and most of them knew what Prof George Obiozor and his gang of anti-Igbo exco.