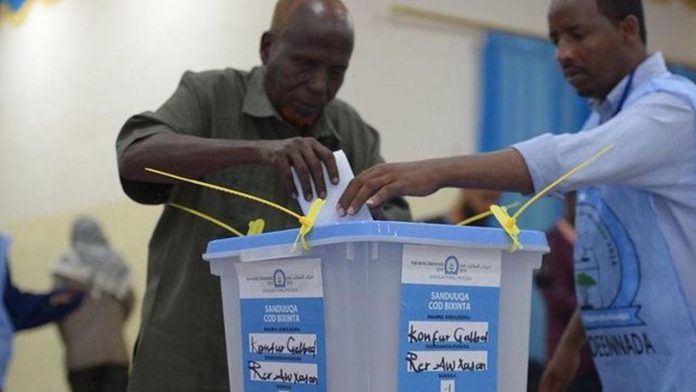 Voting for members of Somalia’s lower house of parliament has been rescheduled for late November, a move that will delay the indirect election of a president.

Voting for lawmakers by elders had been due to be completed this week, with the election of a speaker and swearing-in of members of parliament happening next week – in time for them to pick a president on Oct. 10.

But an election implementation commission has drawn up a new timetable for the drawn-out process showing that lawmakers will be picked between Oct. 1 and Nov. 20.

The timetable, seen by Reuters, did not give a date for when the lawmakers will elect a president.

A delay in holding the election, and a row over President Mohamed Abdullahi Mohamed’s attempt to extend his rule, caused a political crisis and an armed standoff in the streets of the capital.

That impasse was resolved in May when the country’s Prime Minister Mohamed Hussein Roble said he was committed to free and fair polls after he signed an agreement with leaders from the country’s regions to hold indirect elections after a crisis was triggered.

Under the indirect election system, clan elders were meant to have selected lawmakers in December and the new lawmakers were due to elect a new president on Feb. 8.

Both procedures failed to take place, amid disputes over issues that included the composition of an election commission supervising the voting.

The disagreements caused concern that clans could turn on each other and that the al Qaeda-linked al-Shabaab Islamist insurgency could exploit a security vacuum.

“My government and I are committed to implementing a free and fair indirect election.

“We are all responsible to ensure women get their 30 percent quota (of positions).

“I urge all state presidents to facilitate and implement this,” Roble said after signing the agreement.