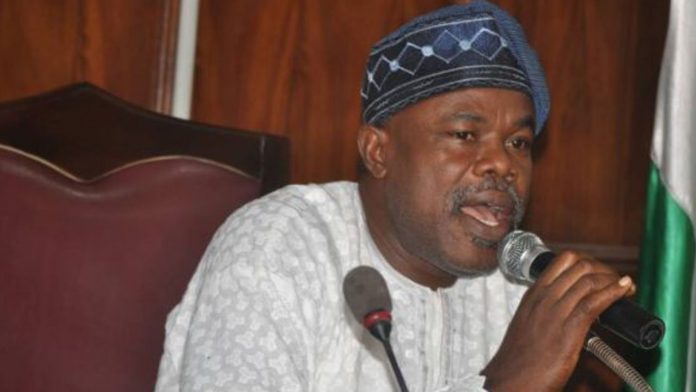 Ondo Speaker Bamidele Oleyelogun has been arraigned before a high court in Akure for forgery.

Oleyelogun, who appeared at the High Court sitting at the Olokuta Correctional Centre, Akure, on Tuesday was docked by the EFCC.

But the trial was stalled following the absence of counsels to the anti-graft agency.

In March 2021, the EFCC had detained the Speaker over petitions regarding his involvement in an alleged N2.4 million seminar fraud that rocked the assembly.

Also invited and detained alongside the Speaker were the lawmaker representing Akoko South West in the House, Felemu Bankole, the former Clerk of the Assembly, Mr. Bode Adeyelu; and three other staff.

Counsel to EFCC, Dibang Frederick, disclosed that another date of adjournment had been picked for the arraignment of Oleyelogun in order for the legal team to be fully prepared.

That is when charges against the Speaker will be made available during the next adjournment date.