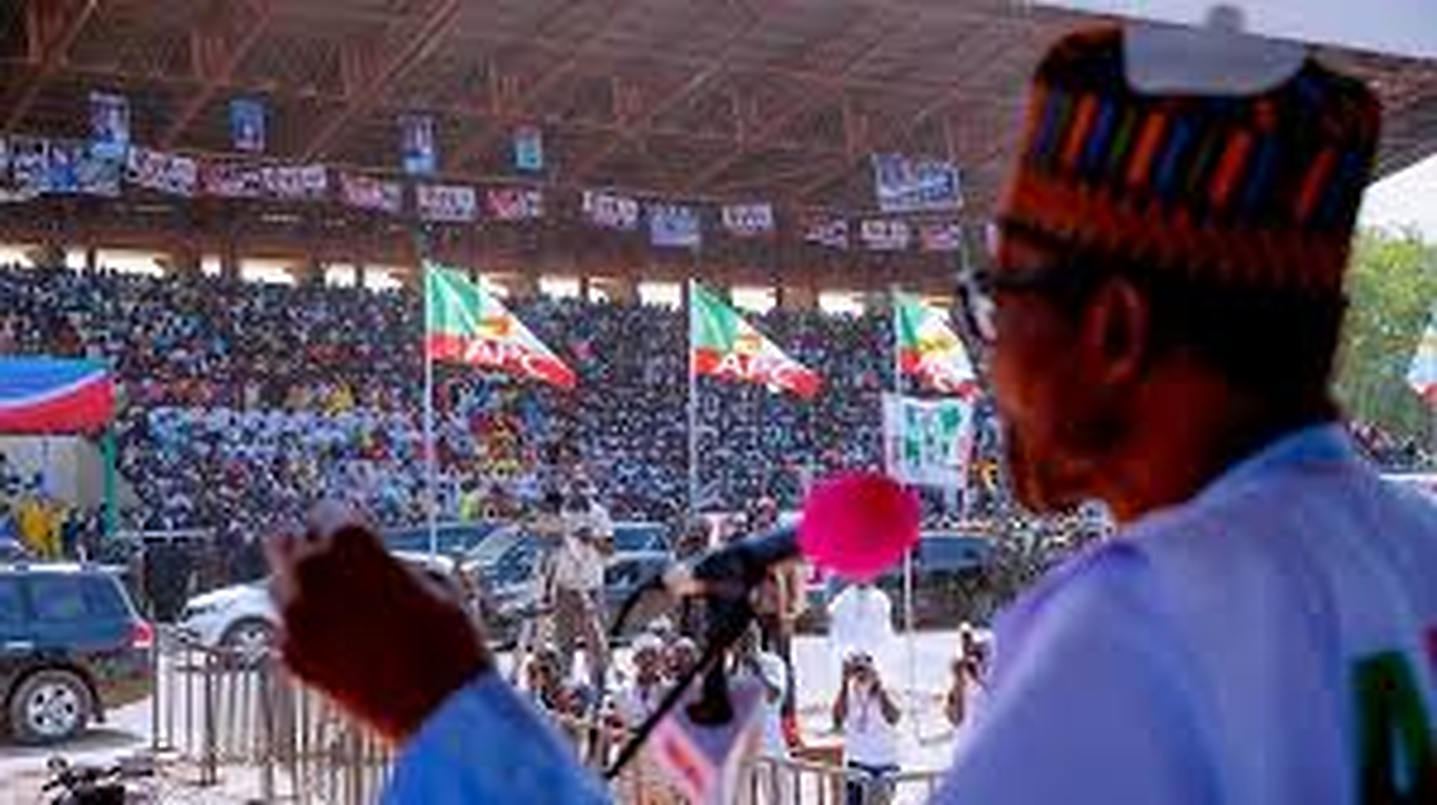 Supporters of Presidential and other aspirants on the platform of the All Progressives Congress (APC) on Saturday took over the area of the National Convention of the party in Abuja.

The News Agency of Nigeria reports that the supporters wearing different colours and costumes arrived as early as 9 a. m displaying posters and banners of the aspirants.

NAN reports that the supporters displayed pictures and banners of the aspirants, while dancing in a carnival-like manner.

Some members of the group interviewed said they were in Abuja to showcase their aspirants.

Mr Musliu Ajani, a member of the Tinubu Supporters Group said they decided to draw support for Tinubu on their own.

” We decided to come together to raise funds and campaign for Tinubu because he is the best aspirant to takeover from Buhari in 2023.

“We believe that he has all it takes for the job,” he said.