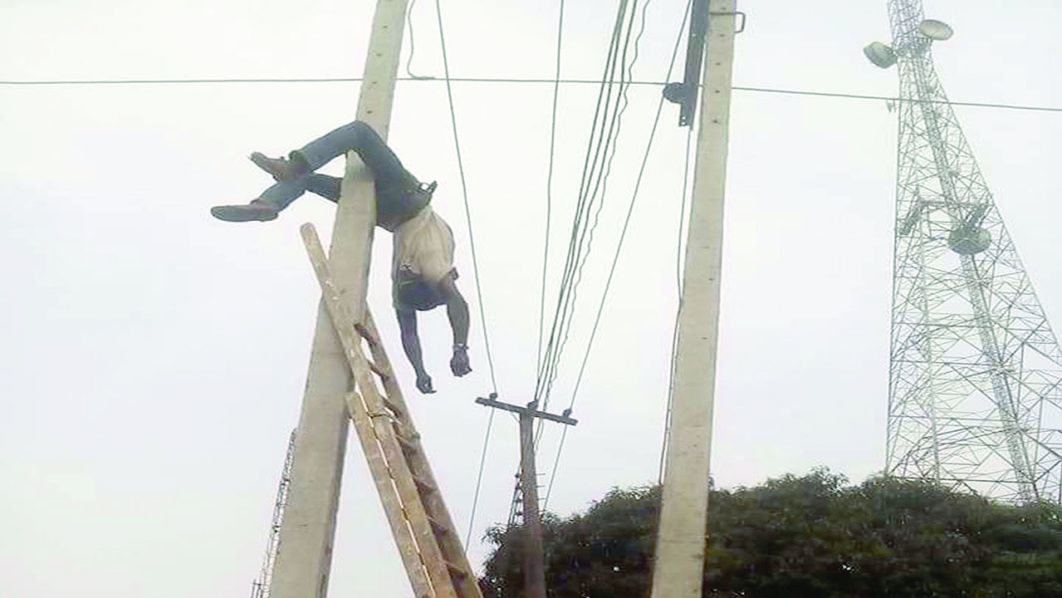 An unidentified suspected vandal was electrocuted on Sunday while tampering with Umuezerimpi 500KVA Distribution Sub-station at Umuatuegwu village in Okija community of Anambra.

Mr Emeka Ezeh, the Head, Corporate Communications of Enugu Electricity Distribution Company (EEDC) who confirmed the development in Enugu, said the suspect attacked the company’s property at about 6 a.m.

According to Ezeh, the deceased was not operating alone, as other members of his gang took to their heels immediately he was electrocuted, leaving behind his lifeless body and their tools at the scene of the incident.

He revealed that a formal report on the development had been lodged at the Okija Police Division, for detailed investigation.

“The tools used by the electrocuted vandal and his fleeing colleagues were also recovered and his corpse deposited at the Okija General Hospital Mortuary.

“This is coming as EEDC issued a report on four suspected vandals who were apprehended in its network for allegedly attacking its electrical installations.

“Just imagine how this young man has cut his life short over nothing. It is hoped that this will serve as a deterrent to others engaging in this dastardly act,” he said.

The EEDC spokesman, however, urged members of the public to be vigilant and be on the lookout as it appeared that vandals were on rampage, attacking EEDC installations and inconveniencing customers in South-East.

“Let us all join hands and ensure these very few people in our society that are bent on making life miserable for all of us are stopped,” Ezeh appealed.