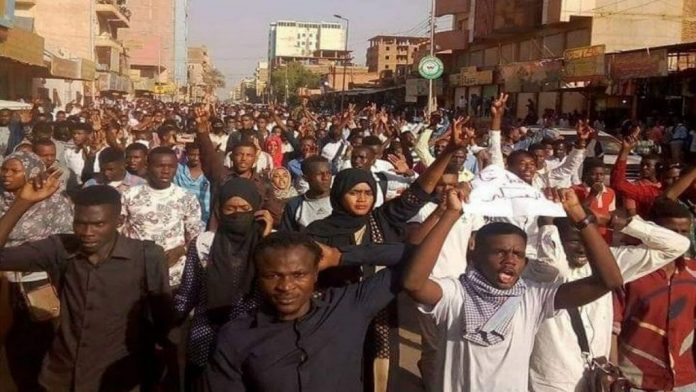 Sudanese protest leaders are warming up to set up and announce a civilian government that will replace the ruling military council.

The US has said it will send an envoy to encourage the climax of the civilian protest.

This was revealed Friday as demonstrators thronged outside army headquarters and Washington said it would send an envoy to encourage the transition.

The military council, which took power after ousting longtime leader Omar al-Bashir on April 11, has so far resisted calls from protesters to quickly make way for a civilian administration.

The Sudanese Professionals Association marshalling the rebellion said in a statement that it would name members of the council at a news conference at 1700 GMT on Sunday outside the army complex.

Foreign diplomats have been invited.

“We are demanding that this civilian council, which will have representatives of the army, replace the military council,” Ahmed al-Rabia, a leader of the umbrella group of unions for doctors, engineers and teachers, told AFP.

“This government should be a representative of all the people and their aspirations,” said prominent cleric Sheikh Mater Younis as he addressed thousands of protesters after the weekly Muslim prayers at the army complex.

“It should include all Sudanese people and shouldn’t exclude anyone.”

Some protesters said all who had committed crimes against the Sudanese people be put on trial.

“This government can then prepare for free elections in two years with participation from all parties,” a protester told AFP.

“The military should stay away from political life.”

Activists have called for large crowds to gather after weekly Muslim prayers, as on previous Fridays.

On Thursday, activists mobilised huge crowds outside the army complex through social media to keep up the pressure on the military council, now led by General Abdel Fattah al-Burhan.

“I won’t leave until Burhan transfers power to a civilian government,” said Wali Aldeen, who has camped outside the complex since the day Bashir fell.

Following Bashir’s ouster, demonstrations targeted General Awad Ibn Ouf, the first head of the military council, seen by protestors as a tool of the old regime.

Ibn Ouf stepped down in less than 24 hours and was replaced by Burhan, who so far has appeased protesters by lifting a night-time curfew and vowing to “uproot” Bashir’s circle.

It is however uncertain what the reaction of the military council will be.

Civilian unrests have toppled governments in Africa, but not by installig a parallel government when a transition programme has been underway.