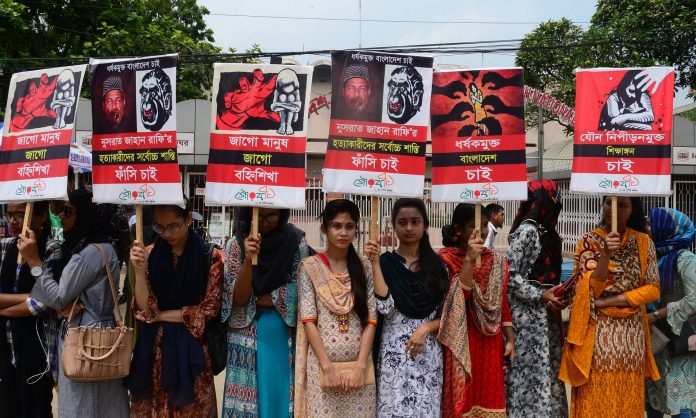 A Bangladeshi teenager Nusrat Jahan Rafi was burned to death by her colleagues and teacher for refusing to withdraw attempted rape allegation against the head teacher of her school.

The 18-year-old victim was set on fire on April 6 on the roof of her school in Dhaka, Bangladesh when she was going for her Arabic exam.

“They asked her to withdraw the case against Principal Maulana Siraj Ud Doula. As she refused to budge, one of them poured kerosene on her from a glass and set her ablaze,’ the victim’s elder brother said.

“With all of her body in flames, she ran down the stairs screaming for help. Fellow students doused the fire,” he added.

She relayed the details of the attack to him before she died.

Police Bureau of Investigations chief Banaj Kanti Majumdar said that the school head teacher, Siraj-ud-Daula, who has been in jail since March after the girl alleged he attempted to rape her in his office instructed the attack.

Majumdar said several people including one of the defendant visited the principal in jail days before the attack.

Eight people out of the 13 people in connection with her death have been arrested including a teacher.

The brother also stated that his family has since received death threats after opening an official case.