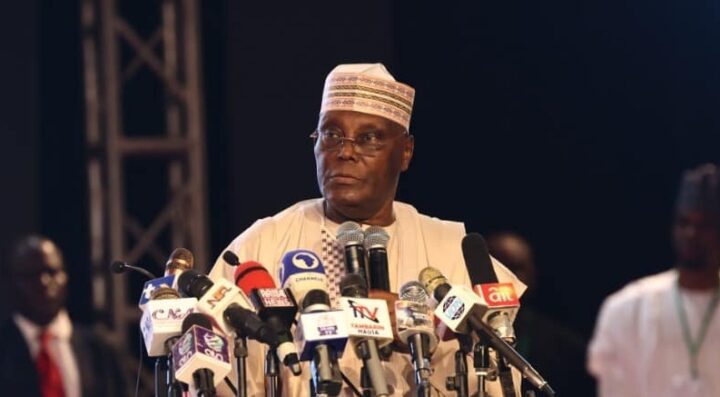 Since yesterday, social media has been inundated with strident calls for the presidential candidate of the PDP – Alhaji Atiku Abubakar, to withdraw from the race and apologize for the so-called divisive statement that he is alleged to have made in Kaduna, wherein he literally called for the north to vote for only a northern candidate in the 2023 presidential election.

At first, I was livid with rage, like most other normal persons should be, considering the corrosive and destructive nature of such an uncommon political statement. I read other persons too, whom I hold in high esteem, who also condemned the Adamawa-born former VP for making the statement.

This night however, I got hold of the sequence of events that transpired and I dare say, the statement by Atiku, in the context of the circumstances, has been grossly twisted and edited to paint him in bad light.

For starters, I am not a pro-Atiku person. Since 2018, I have written severally to denounce him and his record of service, especially his tacit acceptance of the rogue tag that his former boss – former President Obasanjo, pinned on him after their tenure together. I was vehement in my criticism of him on this score in 2018. Also, I wrote to strongly criticize his understanding of the economy when he recommended a policy option that I felt, was totally at odds with what Nigeria needs last year. The article is here:

In 2018, I was opposed to his candidacy and I said so in this article here: https://www.facebook.com/owydoho.Idio/posts/pfbid02NJXUpd3b2h2T4EWx938mN7kgYzQxGYvKGoYjRhtbh2yb6DVG7SKCbJZEmeL73d7Al

In this election cycle, I have not changed my stance.

However, in keeping with my self-imposed hobby of always seeking to be fair even to the people whom I disagree with, I have found myself uncomfortable with the mischaracterization of the statement he made on Saturday, during the Arewa Consultative Forum town-hall meeting at Kaduna.

The controversial comment was an answer to a questioned posed by Dr. Hakeem Baba-Ahmed, the Secretary-General of the forum, (who is also the elder brother to Dr. Datti Baba-Ahmed, the VP candidate of the Labour Party) in a Town Hall meeting in Kaduna. I reproduce here, the question as asked by Baba-Ahmed and the answer that Atiku gave:

Why should the north trust you? Please talk to the northerner directly. They are listening right now. Why should an average northerner trust and vote for you?

Parsing this statement in context does not seem to suggest that Atiku holds the rest of Nigeria in contempt or that he is asking the northerner not to trust any other Nigerian. He was simply asked to address the northerners on the reason why they should vote for him in 2023, much against all other candidates in the race. In his reply, he implied that being a northerner, he does not only understand the problems the the north better than anyone else, but he is at home with the rest of the country, having built and cultivated relationships across board, sustainably and for so long.

That is my understanding of this statement and I dare say, it is a completely fair, in the circumstance and context. I can bet, all the other candidates in the race would never do better, given the same scenario and audience.

Indeed, what is the difference between this statement and the famous emi lokan speech by BAT? I am persuaded to assume that former Gov. Peter Obi of the Labour Party, would not answer the same question differently in Enugu among the Ibo elites, or Senator Bola Tinubu, would not respond differently to Afenifere at a Yoruba Forum in Abeokuta about his candidacy.

The bigger challenge to me, is that the Nigerian elite have refused to set the right tone for the engagement of our potential presidents, beyond the playing up the fears and emotions of average citizens. The ACF and such other regional groupings are symptomatic of a malaise that has kept Nigeria down for so long wherein, leaders are assessed not based on their ability to govern, but by their readiness to pander to ethnic, sectional, religious and other base instincts.

I have heard many persons in the southern part of Nigeria, curse any of their kith, who would dare vote for a candidate from the north, just as I have interacted with too many bigoted northerners, whose only reason for voting is that their choice must come from the north. The same for the so called Christians and Muslims.

These ones are the reasons the candidates would say what they need to hear, to earn their votes.

In the end, these things combine to erode our common humanity and keep us down forever. We need to refocus our politics towards addressing tough national issues of development and progress, instead of all these mundane primitivities.