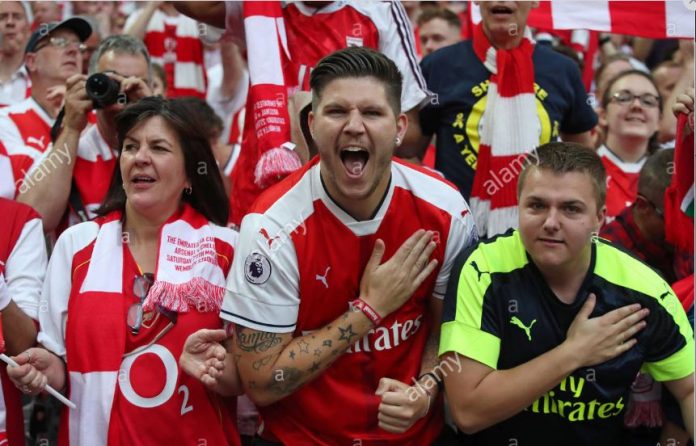 Ljungberg has managed just a point from his first two games against Norwich and Brighton – which has led to the Gunners being urged to appoint a successor sooner rather than later.

The Gunners fans are already celebrating as Mauricio Pochettino has refused to rule out a move to Arsenal as he prepares to return to London next week.

The Argentine was axed by Tottenham last month and replaced by Jose Mourinho after overseeing a disappointing start to the campaign.

He has been taking some time off with family in his native Argentina but will return to the UK in a few days as he plots his next move.

Despite having previously said that he will never manage Arsenal, Pochettino was coy when asked whether he would be open to crossing the north London divide.

He told TyC Sports: “It’s important to have a moment of calm to lower the decibels and find the energy to take on a new project, and we’ll see where that is.”

“I’m going to spend a few days here [in Rosario] with my family and friends, and then I’ll return to London next week.”

Pochettino has also been linked with the Bayern Munich job, with Hansi Flick currently in interim charge following the sacking of Niko Kovac.

Speaking in 2018, he ruled out taking charge of direct rivals of clubs he has been involved with over the course of his career.

He said: “I am never going to be manager of Barcelona or Arsenal because I am so identified with Tottenham and Espanyol. I grew up in Newell’s Old Boys and will never manage Rosario Central.

“That is my decision because I prefer to work on my farm in Argentina than in some places.”