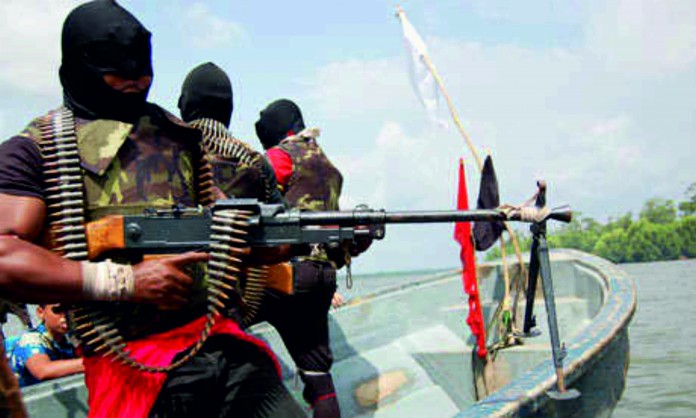 Going by a statement the Movement for the Emancipation of the Niger Delta (MEND) released Saturday, the Niger Delta Avengers might have been isolated by the Nigeria government in alliance with MEND, and the two are ready to pound the vandals destroying Nigeria’s crude oil assets.

While the military amphibious force is flexing to move into action code named Operation Crocodile Tears as soon as it’s mobilised, MEND will first begin its Operation Moses, essentially an orientation campaign across the region.

Led by its Aaron Team 2, MEND is the only militant group from the region that has been in negotiation with the government representatives. The group nominated some prominent Niger Deltans, including Adolphus Wabara, Odein Ajumogobia, and HRH King Alfred Papapreye Diette-Spiff, the Amanyanabo of Twon-Brass in Bayelsa, as members of the Dialogue and Peace Initiative.

Other militants groups are also contemplating coming to heel as room is still open for negotiation. This development may dampen the morale—or even break the ranks—of the Avengers banking on the support of lesser group to give legitimacy to their action.

The outcomes of the negotiation released by MEND state certain concession the federal government has made, which include conditional release of prized suspects, including Nnamdi Kanu, leader of the Indigenous Peoples of Biafra, Henry Okah, a MEND chieftain serving a jail sentence in South Africa, Charles Okah, and Obi Nwabueze. The statement disclosed that Mr. Kanu and other detained IPOB activists would be released on condition that they renounce their agitation for secession.

According to MEND, ex-Senator Adolphus Wabara had introduced the compromise to secure the release of the pro-Biafran agitators.

The government’s negotiators also agreed not to arrest or harass fugitive ex-MEND militant, Government Ekpemupolo (popularly known as Tompolo), “whenever he makes himself available as a delegate of the MEND Aaron Team 2.” In addition, the group stated that the government would review the life sentence meted out on Edmund Ebiware.