It takes significant effort to assert and defend what John Stuart Mill called the freedom of mind. And there is a real chance that, once lost, those who grow up in the digital age – in which the power to command and shape people’s attention is increasingly concentrated in the hands of a few companies – will have difficulty regaining it.

The current moment in world history is a painful one. Open societies are in crisis, and various forms of dictatorships and mafia states, exemplified by Vladimir Putin’s Russia, are on the rise. In the United States, President Donald Trump would like to establish his own mafia-style state but cannot, because the Constitution, other institutions, and a vibrant civil society won’t allow it.

Not only is the survival of open society in question; the survival of our entire civilization is at stake. The rise of leaders such as Kim Jong-un in North Korea and Trump in the US have much to do with this. Both seem willing to risk a nuclear war in order to keep themselves in power. But the root cause goes even deeper. Mankind’s ability to harness the forces of nature, both for constructive and destructive purposes, continues to grow, while our ability to govern ourselves properly fluctuates, and is now at a low ebb.

The rise and monopolistic behavior of the giant American Internet platform companies is contributing mightily to the US government’s impotence. These companies have often played an innovative and liberating role. But as Facebook and Google have grown ever more powerful, they have become obstacles to innovation, and have caused a variety of problems of which we are only now beginning to become aware.

Because Internet platform companies are networks, they enjoy rising marginal returns, which accounts for their phenomenal growth. The network effect is truly unprecedented and transformative, but it is also unsustainable. It took Facebook eight and a half years to reach a billion users, and half that time to reach the second billion. At this rate, Facebook will run out of people to convert in less than three years.

Facebook and Google effectively control over half of all digital advertising revenue. To maintain their dominance, they need to expand their networks and increase their share of users’ attention. Currently they do this by providing users with a convenient platform. The more time users spend on the platform, the more valuable they become to the companies.

Moreover, because content providers cannot avoid using the platforms and must accept whatever terms they are offered, they, too, contribute to the profits of social media companies. Indeed, the exceptional profitability of these companies is largely a function of their avoiding responsibility – and payment – for the content on their platforms.

The companies claim that they are merely distributing information. But the fact that they are near-monopoly distributors makes them public utilities and should subject them to more stringent regulation, aimed at preserving competition, innovation, and fair and open access.

Social media companies’ true customers are their advertisers. But a new business model is gradually emerging, based not only on advertising but also on selling products and services directly to users. They exploit the data they control, bundle the services they offer, and use discriminatory pricing to keep more of the benefits that they would otherwise have to share with consumers. This enhances their profitability even further, but the bundling of services and discriminatory pricing undermine the efficiency of the market economy.

Social media companies deceive their users by manipulating their attention, directing it toward their own commercial purposes, and deliberately engineering addiction to the services they provide. This can be very harmful, particularly for adolescents.

There is a similarity between Internet platforms and gambling companies. Casinos have developed techniques to hook customers to the point that they gamble away all of their money, even money they don’t have.

Something similar – and potentially irreversible – is happening to human attention in our digital age. This is not a matter of mere distraction or addiction; social media companies are actually inducing people to surrender their autonomy. And this power to shape people’s attention is increasingly concentrated in the hands of a few companies.

It takes significant effort to assert and defend what John Stuart Mill called the freedom of mind. Once lost, those who grow up in the digital age may have difficulty regaining it.

This would have far-reaching political consequences. People without the freedom of mind can be easily manipulated. This danger does not loom only in the future; it already played an important role in the 2016 US presidential election.

There is an even more alarming prospect on the horizon: an alliance between authoritarian states and large, data-rich IT monopolies, bringing together nascent systems of corporate surveillance with already-developed systems of state-sponsored surveillance. This may well result in a web of totalitarian control the likes of which not even George Orwell could have imagined.

The countries in which such unholy marriages are likely to occur first are Russia and China. Chinese IT companies in particular are fully equal to the US platforms. They also enjoy the full support and protection of President Xi Jinping’s regime. China’s government is strong enough to protect its national champions, at least within its borders.

US-based IT monopolies are already tempted to compromise themselves in order to gain entrance to these vast and fast-growing markets. These countries’ dictatorial leaders may be only too happy to collaborate with them, in the interest of improving their methods of control over their own populations and expanding their power and influence in the United States and the rest of the world.

There is also a growing recognition of a connection between the dominance of the platform monopolies and rising inequality. The concentration of share ownership in the hands of a few individuals plays some role, but the peculiar position occupied by the IT giants is even more important. They have achieved monopoly power while also competing against one another. Only they are big enough to swallow start-ups that could develop into competitors, and only they have the resources to invade one another’s territory.

The owners of the platform giants consider themselves the masters of the universe. In fact, they are slaves to preserving their dominant position. They are engaged in an existential struggle to dominate the new growth areas that artificial intelligence is opening up, like driverless cars.

The impact of such innovations on unemployment depends on government policies. The European Union, and particularly the Nordic countries, are much more farsighted than the United States in their social policies. They protect the workers, not the jobs. They are willing to pay for retraining or retiring displaced workers. This gives workers in Nordic countries a greater sense of security and makes them more supportive of technological innovations than workers in the US.

The Internet monopolies have neither the will nor the inclination to protect society against the consequences of their actions. That turns them into a public menace, and it is the regulatory authorities’ responsibility to protect society against them. In the US, regulators are not strong enough to stand up to the monopolies’ political influence. The EU is better positioned, because it doesn’t have any platform giants of its own.

The EU uses a different definition of monopoly power from the US. Whereas US law enforcement focuses primarily on monopolies created by acquisition, EU law prohibits the abuse of monopoly power regardless of how it is achieved. Europe has much stronger privacy and data protection laws than America.

Moreover, US law has adopted a strange doctrine that measures harm as an increase in the price paid by customers for services received. But that is almost impossible to prove, given that most giant Internet platforms provide a majority of their services for free. Moreover, the doctrine leaves out of consideration the valuable data that platform companies collect from their users.

The EU Commissioner for Competition Margrethe Vestager is the champion of the European approach. It took the EU seven years to build a case against Google. But, as a result of its success, the process of instituting adequate regulation has been greatly accelerated. Moreover, thanks to Vestager’s efforts, the European approach has begun to affect attitudes in the US.

It is only a matter of time before the global dominance of the US Internet companies is broken. Regulation and taxation, spearheaded by Vestager, will be their undoing. 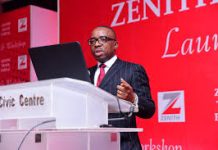