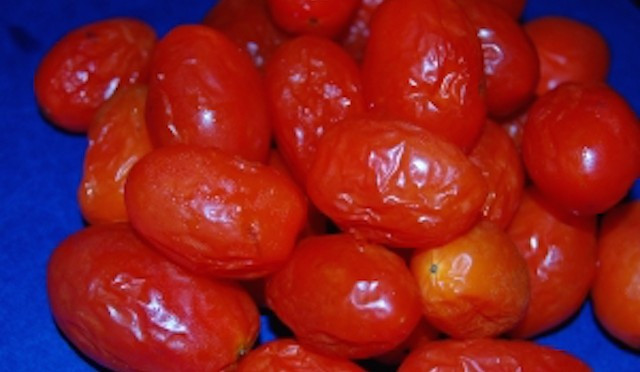 A nutritionist at the College of Health Technology, Offa, Kwara, has said that the consumption of rotten tomatoes, popularly known as ‘esa’ or ‘baje’, could cause cancer.

Mrs Toyin Aliu told the News Agency of Nigeria (NAN) in a telephone interview on Tuesday in Offa that maggots infested tomatoes could cause bacterial poisoning when consumed.

”The fungi in rotten tomatoes are sources of potent mycotoxins, which can be detrimental to health.

”Rotten tomatoes can induce cancer, because once tomatoes become rotten, they will have microorganisms, mostly fungi.

“Fungi in rotten tomatoes produce mycotoxins, which are deadly and can induce cancer, and can cause immune deficiency in humans.

”Since tomatoes contain a large amount of fluid, mycotoxins diffuse rapidly in rotten tomatoes, contaminating all parts and making it bad for consumption,” Aliu said.

According to her, rotten tomatoes grow mold on their bodies and serve as abode for worms and maggots from the common housefly.

The nutritionist added that although, the rotten tomatoes were cheaper, it was better to eat healthy tomatoes than to consume potential poison.

”The effect of consuming such tomatoes is not immediate but gradual.

”So it is better to eat the one we feel is expensive that to consume the cheap one and regret later,” Aliu said.