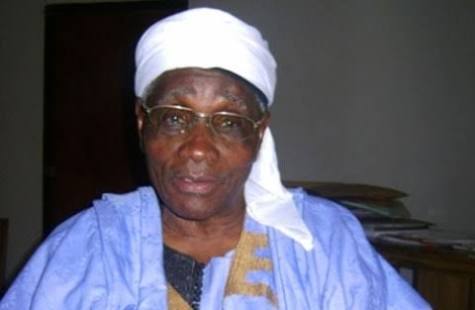 Share this on WhatsApp
Spread the love
Ango Abdullahi, Chairman, Board of Trustees (BOT) of the Northern Elders Forum (NEF), has said politicians advocating the creation of cattle ranches as a solution to the clashes between farmers and herdsmen, are doing so to garner votes in 2019.
Speaking on the state of the nation, Abdullahi described the proposal of ranches as “irresponsible and deceptive” while urging politicians in support of it to show models of ranching in their states within a year.
He said the northern government had tried grazing reserves and model ranching schemes in the past but the methods failed.
“If they had forgotten their history, they should go and read their history books particularly on ranching development that was. But all these failed, some for careless reasons, some for purely unavoidable ethical reasons, they failed,” he said.
“So for them to be talking to us about ranch now, I consider it irresponsible and deceptive but I challenge them, we want to see model ranching in each state that talked about ranch now within the next 12 months.
“Certainly, they should know that this is not a solution to a problem that had been with us for hundreds of years.
According to Abdullahi, the clashes between farmers and herders is fueled by political, ethnic and religious bigotry, and not as a result of shortage of land. “At the moment, only 35 percent of Nigeria’s territory is under cultivation. The remaining 65 percent is open range forest,” he said.
“So you cannot argue that it is shortage of land that is causing conflict between farmers and livestock owners. What is driving all this noise about herdsmen-farmers clash is political, mixed with ethnic and unfortunately in some cases, religious bigotry.
“I want to emphasise that this is dangerous. The time has come for us to stop it before it gets worse than what it is now.”

Share this on WhatsApp
Related Topics:Ango Abdullahicattle ranches
Up Next