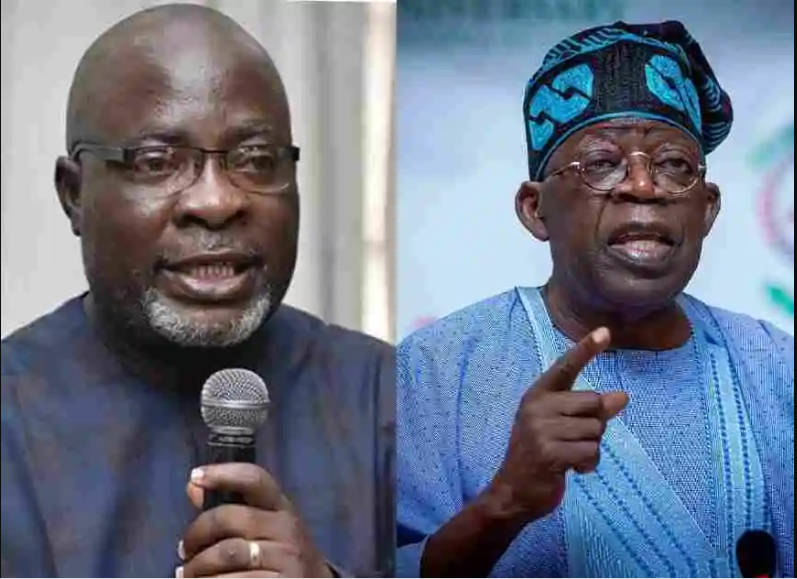 The Atiku/Okowa Presidential Campaign Organization has said that the Presidential Candidate of the All Progressives Congress (APC), Bola Tinubu has continued to embarrass Nigerians both at home and in diaspora with his constant gaffes while speaking in public.

According to Kola Ologbondiyan, spokesperson of the campaign, the APC presidential candidate is always looking for a public arena where he can depend on scripted messages rather than allow himself to be scrutinized by Nigerians.

“It is imperative for his handlers to note that Nigerians are apprehensive that Asiwaju Tinubu might eventually cause our nation a huge international embarrassment by exhibiting his constant gaffes on the International Stage at Chatham House.

READ ALSO: Tinubu explains why he has refused to appear for live interviews and debates

“In any case, while the APC Presidential candidate is forum shopping abroad, the PDP Presidential Candidate, Atiku Abubakar is going around the country and directly engaging Nigerians on credible fora with his people-based and national recovery plans, policies and programs for our nation.

“Our Campaign urges Nigerians to disregard the antics of the APC and its presidential candidate as they remain focused on their determination to vote in Atiku Abubakar in the 2023 Presidential election so that he can lead the charge in the onerous task of rebuilding our nation.

Ologbondiyan also described as pathetic, Asiwaju Tinubu’s Chatham House conversation where parried questions, instead delegating those on his teams to answer the questions.

“Tinubu’s travel to the United Kingdom under the guise of appointment at Chatham House just to dodge Nigerians and the media at home for fear of being asked questions on his many political baggage, miserable gaffes, fictitious plans and the meaningless programmes encapsulated in a renewed hopelessness is very pathetic,” he added.