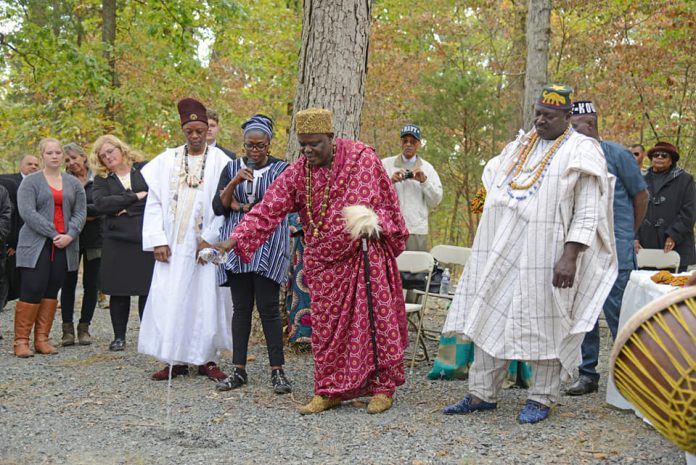 By Farooq A. Kperogi, Ph.D.

In this final article in my #BlackHistoryMonth series, I bring you major expressions in the English language that owe entire debts to the linguistic ingenuity of Black Americans. As you will find below, the contributions that African Americans have made to global English also owe debts to the enduring influences of their (West) African origins

1. Y’all. This colloquial abbreviation of “you all,” which functions as the plural form of the pronoun “you,” is recognized as the most famous American southernism (that is, the distinctive dialectal English of the American South) to be globalized. However, although “y’all” is now part of the linguistic repertoire of not just American southerners of all races—and, increasingly, the entire English-speaking world— it was invented by enslaved Black Americans during slavery.

Until the 1600s, the English language used to have “ye” as the plural form of “thou” both of which later merged to “you” which is both singular and plural. When enslaved Africans (who spoke the linguistic ancestor of what is now called West African Pidgin English) arrived in America in the 1600s, they couldn’t relate to the use of “you” as both a singular and a plural pronoun, so they invented “you all,” which later became “y’all.”

White Southerners initially derided the expression when they encountered it. For instance, in his 1824 travelogue published as “Letters from the South and West,” Henry Knight (who used the pen name Arthur Singleton), observed that “Children learn from the slaves some odd phrases … as … will you all do this? for, will one of you do this?”

As you can tell, Knight got the meaning of “you all” wrong. It didn’t—and doesn’t—mean “one of you.” It is the plural form of “you.”

Interestingly, “una” is still present in the Gullah language spoken in coastal Georgia, South Carolina, and Florida. Its singular form is “ya” (or “gi”) in Igbo, which kind of sounds like “you” or “ye.” While “una” is the preferred form of the pronoun in Gullah, other variants exist, such as “huna,” “wuna,” and “unu” (preserved from the original form in Igbo) in African-inflected English pidgins and creoles in the Western Hemisphere. In Gullah, “mi na una” means “me and you,” where “na” means “and,” as it does in Igbo.

In the last few years, “y’all” has exploded in usage in Anglophone West Africa (Nigeria, Liberia, Ghana, Sierra Leone and the Gambia)— and the rest of the English-speaking world.

2. “I dig it.” In informal English, we say we “dig” something to mean we really like it, as in, “I really dig Beyoncé’s songs.” There’s even a popular social content sharing platform called Digg that is inspired by the expression.

In their book The African Heritage of American English, Joseph Holloway and Winifred Vass show that this sense of “dig” is derived from “deg” or “dega,” which they say is the Wolof word for “understand, appreciate, pay attention to.”

3. “Guy/guys.” The informal sense of this word that means a man, a boy, or a fellow is originally Wolof, Senegal’s major language, and came to English thanks to American Blacks, according to Holloway and Vass. They traced its origins to “gay,” the Wolof word for “fellow.” (Gay is pronounced “ga-i”).

Conventionally, in English, the singular form of “guy” denotes a youth or a man, and “guys” denotes people of both or either sexes. For instance, the expression “let’s go, guys” can be directed at women alone, at both men and women, or at men alone.

Dr. David Dalby, a well-regarded English linguist known for his popular LinguasphereObservatory, once made the case that the plural, non-gendered “guys” in English owes etymological debts to the Wolof “gay,” which is also non-gendered and plural.

4. “Tote.” This is a bag for carrying things. The word’s adjectival inflection is “toting,” as in “gun-toting soldiers.” Well, this word came to English via Black America who brought it from their Bantu ancestors.

In Swahili, the most popular of the Bantu languages, “tuta” also means “pile up, carry,” according to Gerard Dalgish in his A Dictionary of Africanisms: Contributions of Sub-Saharan Africa to the English Language. Several variations of “tot”—and with the same meaning as the English “tote”— appear in many other Bantu languages in Cameroon.

The Oxford English Dictionary says “tote” was first recorded in the southern US state of Virginia in the 1670s.

Historical records show that 85 percent of the Africans enslaved in Virginia were from four ethnic groups—Igbos from modern Nigeria, Akans from modern Ghana, Bantu speakers from modern Angola and the Congo, and Mande people from modern Senegal and the Gambia. It’s obvious that Bantu people who have now become Black Americans introduced the word to the English language.

5. “My bad.” This phrase is used to offer apologies for unintentional wrongdoing, as in, “Oops, my bad. I didn’t mean to do that.”

Etymologists trace the origins of the expression to Black American basketball players in the 1970s and the 1980s, but it’s now part of general informal American English and has even crossed over to every part of the English-speaking world.

As the next item shows, the unique ways Black Americans use “bad” to signalize things that are not really “bad”— in the conventional English usage of “bad,” that is, — has origins in their West African heritage.

6. “S(h)e is bad.” In African-American English (and, increasingly, in mainstream American English), “bad”—or, more appropriately, “baad”—doesn’t mean the absence of good; on the contrary, it means an extreme excess of good. In other words, it means excellent, superb.

The comparative and superlative forms of this sense of “bad” are “badder” and “baddest,” as in “her sense of fashion is way badder than my sister’s” or “he is the baddest guy in town.” In northeastern United States, especially in the New York area, “wicked” is also used to mean “brilliant, very good.”

Other seemingly negative expressions that connote a heightened positive in American English are “badass” (which means formidable and excellent) and “bad boy” (which, among other meanings, signifies something extremely impressive or effective).

The expression of positive extremes through negative terms in informal American English, Holloway and Vass say, derives from a direct translation of many West African languages, especially Mandinka, into English.

In Bambara, a linguistic sister of Mandinka, which is spoken mainly in modern Mali, the expression “a ka nyi ko-jugu” literally translates as “it is good badly.” In Sierra Leonean creole, the authors also point out, “gud baad” means very good.

7. “Bad-mouth.” To badmouth someone is to curse them, to talk ill of them, especially behind their back. “Bad-mouth” was initially an exclusively Black American English expression before it went mainstream in America and crossed the Atlantic to the UK—and the rest of the Anglophone world.

English etymologists admit that the expression is West African, but they don’t identify the West African languages from where Black Americans inherited it.

The expression is a direct translation of Hausa and Mandinka expressions, according to Holloway and Vass. It’s derived from the Hausa expression “mugum baki,” which literally translates as “bad mouth,” but which connotes ill-natured talk about someone. In Mandinka, “da-jugu” also literally means “bad mouth” and is employed idiomatically to mean abuse, insult, etc.