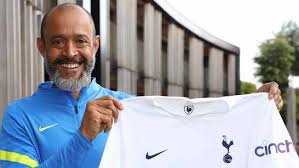 With Harry Kane rumoured to be set to quit Tottenham after his 242 appearances for the Lilywhites, fans at White Hart Lane can finally have some succor as Heung-Min Son has agreed to remain at the club until 2025.

The South Korea captain who formed a formidable partnership with Harry Kane has scored 107 goals in 280 appearances in all competitions since joining Tottenham from Bayer Leverkusen in August 2015.

The pair of Son and Kane last season combined for a Premier League record of 14 goals over a single campaign.

“It was already a big honour to play here for six years, the club have showed me massive, massive respect and obviously I’m very happy to be here,” Son said.

“It’s like home, especially with the fans, the players, the staff. There was no decision. It was easy. I’m so happy to be here and will be so glad to see the fans again soon.”

The 29-year-old Son who had been fans’ favourite was named in the PFA Team of the Season, alongside his striking partner and England captain Kane, in the 2020-21 campaign which saw Spurs finish seventh in the league.

Spurs managing director Fabio Paratici had not failed to express his satisfaction on the new development when he added: “We are pleased to have agreed a new long-term contract with Heung-Min Son as we move towards the start of a new season and a new chapter for the club with Nuno Espirito Santo.

“Everyone can see the real positive impact he has on the club, both on and off the field, and we

Interestingly, the north London club are also close to completing the signing of Atalanta goalkeeper Pierluigi Gollini after the 26-year-old Italian completed his medical in Milan on Thursday.