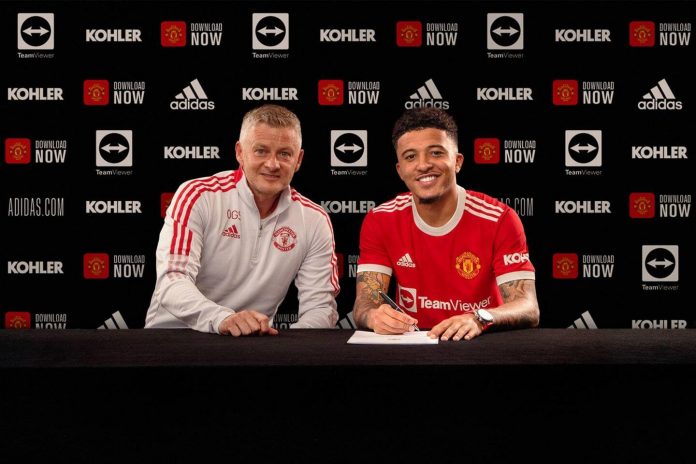 Manchester United who have earlier seen a return of Tom Heaton to Old Trafford have finally completed their second major signing after a £72.9million deal for England star Jadon Sancho on a 5-year deal with an option of an additional year.

The Red Devils finally agreed a fee for the England international after their experience of a long transfer saga dating back to last summer on July 1 but were unable to complete the deal until after the conclusion of Euro 2020.

However, the deal which has taken United a while for the final details to be sorted have now been finally confirmed, as the Old Trafford club have formally announced Sancho’s arrival, bringing to an end his four-year stay in Germany.

The £72.9m Sancho’s move to Old Trafford sees him become the fourth most expensive signing in the club’s history, behind Paul Pogba (£89m), Harry Maguire (£80m) and Romelu Lukaku (£75m).

Sancho who spent two years in the academy of United’s fierce rivals Manchester City, having started his career at Watford, but left to join Dortmund in 2017 as he sought more regular first-team football can now help to settle the Red Devils long quest for a right winger.

Sancho has recorded double figures for assists in each of the last three seasons despite his young age while contributing to 83 goals in 104 Bundesliga appearances for Dortmund.